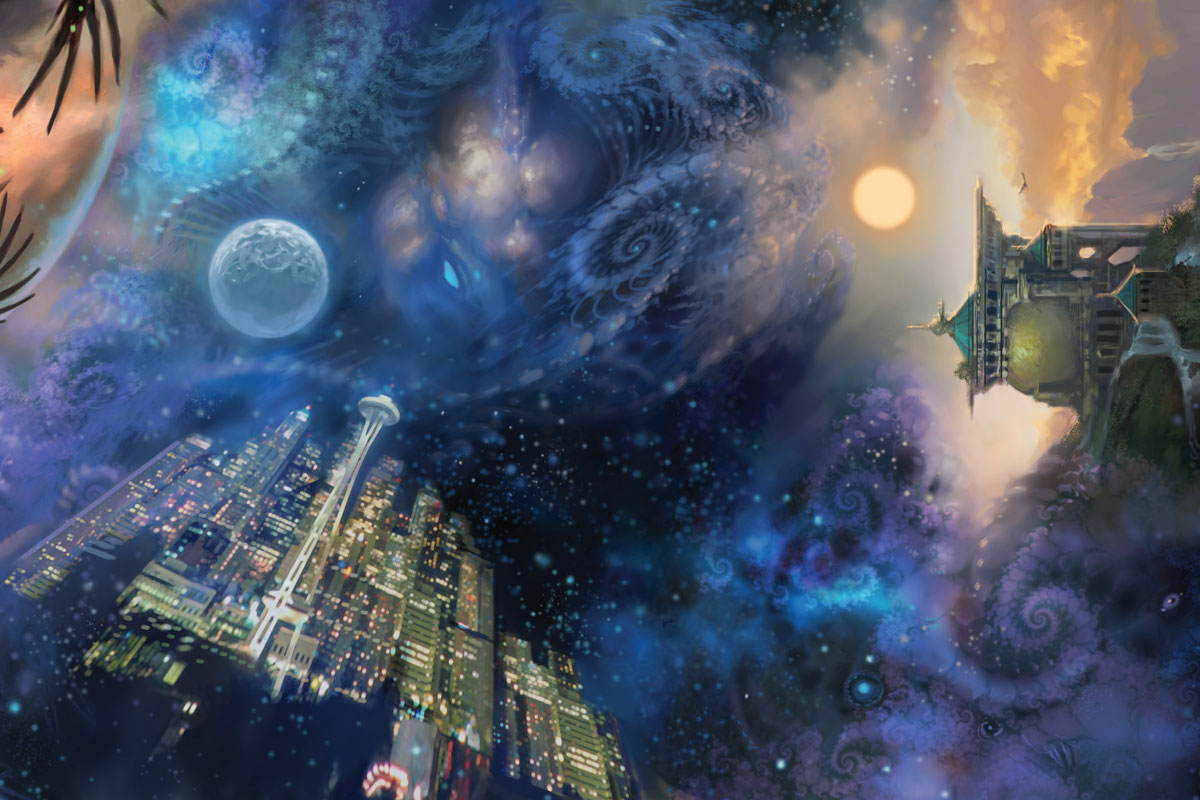 Over the last few weeks I have posted several times about Numenera and praised the so-called Cypher system which powers the game. The same rules have also been used in The Strange, Monte Cook latest game he has written together with Bruce Cordell. What really amazes me about the system is that I am so happy with it.

Usually I tend to find things that annoy me pretty quickly. Some game systems have certain rules I want to change or throw out completely. In other cases the whole system just feels wrong somehow. But in the case of the Cypher system as presented in Numenera I am totally happy with the rules. They just work, don’t get in the way and feel elegant.

This has actually caused some issues when it comes to working on own designs. As I mentioned in another post before, everything I think about tends to mutate into a cousin of Monte Cook’s system. I love that the attributes in this system are some kind of meta currency you use to pay for special actions or to use effort. The fact that the GM never rolls and that NPCs are basically described by just their level takes some time to get used to. But if you got into the Cypher system mindset it’s extremely easy to run games even without zero prep time. Sometimes it feels as if the system has been created with me in mind. At the moment Numenera is definitely my favorite game.

But of course there are other things I’d like to run or play. Every time I think about other games I can’t help to think to myself: “Why can’t this game be as elegant and simple as Numenera?” Sometimes I am tempted to try if one could turn the Cypher system into something more generic. The Strange seems to be a better starting point than Numenera for such a project, but I still get the feeling that you’ll lose certain aspect if you use the system for games in a different setting. I can just hope Monte Cook Games will someday do the heavy hauling for me. In the meantime I’ll just run some more Numenera and perhaps The Strange.