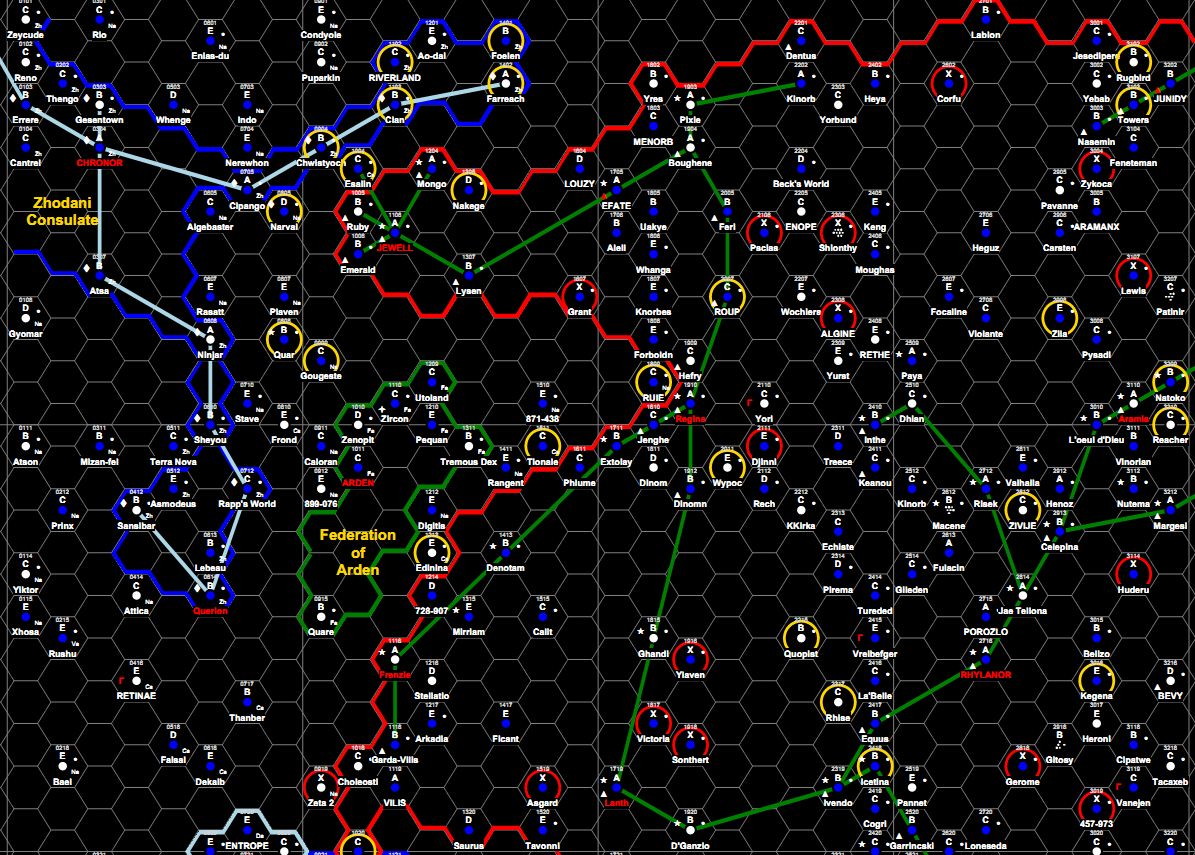 I am not sure if I already wrote on the blog about it, but I have been playing Traveller for several months now.  Initially my GM wanted to run a face-to-face game but we couldn’t make it happen. There were just too many scheduling problems, so we eventually decided to switch to a Hangout game. But I digress.

The longer I played Traveller the more I wanted to run it. I love the way our GM handles things (his version of Traveller feels almost Hard SciFi, which is extremely cool), but I also wanted to try my hand at running it myself. We actually use Savage Worlds with some elements from Interface Zero and Chaotic GM’s Savage Space, but I am toying with the idea of running a Traveller game with either Mongoose Traveller, Classic Traveller (thanks, Bundle of Holding), or Stars Without Number.

But there’s one element that slightly bothers me. For some reason I feel that the Traveller universe doesn’t need all those aliens. For one most aliens in Traveller feel like humans in rubber suits anyway (aside from the Hivers perhaps) and a Traveller universe without aliens feels closer to Isaac Asimov’s Foundation universe which Traveller was surely influenced by. I might actually keep some of the mystery of the Ancients alive, but having various variants of Humanity feels enough for my tastes.

The question now remains whether I should just create my own alien-less universe with Traveller trappings or just keep the Traveller universe as it is and just replace aliens by humans. What would you do if you were in my shoes? And do you think Traveller is still Traveller without Vargr, Hivers, Droyne, etc.? Please share your comments below.

H.P. Lovecraft and his works