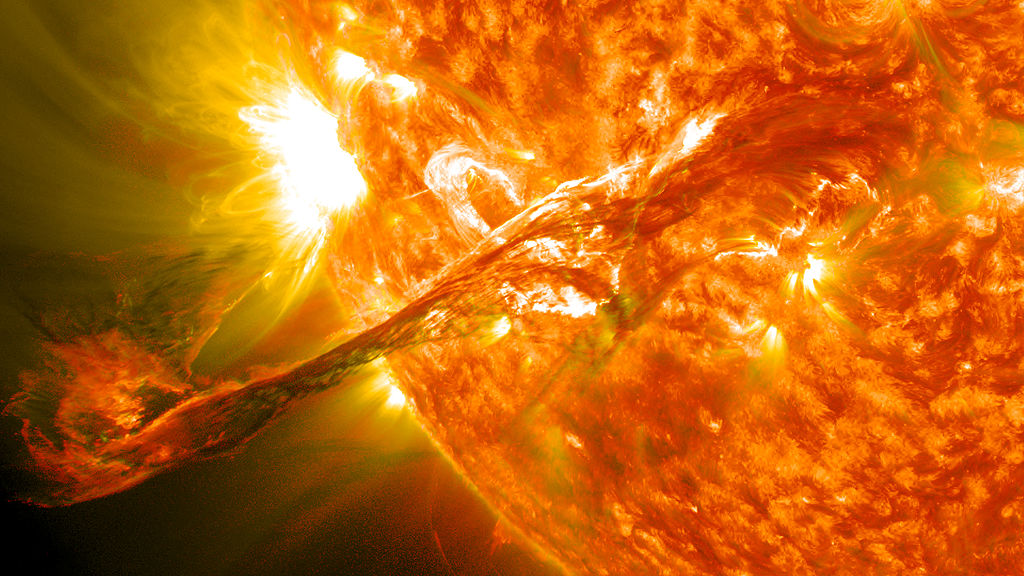 I don’t think I need to tell you about the importance of maps in roleplaying games. Even the most crudest of maps can still be a very helpful tool in any campaign. A great map might even help to immerse the players more deepy into the game.

An excellent example of such a map is the Traveller Spinward Marches map by the German oublisher 13 Mann Verlag. In its print edition it’s 96 cm x 68 cm, printed on both sides, and even laminated. I am not sure if you can use boardmarkers to write on it, but it should at least be protected from greasy hands or spilled drinks. As a physical handout the map is just awesome. It’s made to look like a product available in the actual Traveller universe. One side shows the scout map of the Spinward Marches, with every system detailed. You don’t need to look up stats in a book, everything you need is right there on the map. 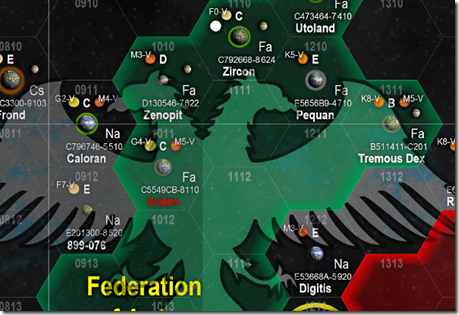 The other side features the trade map for the same area, and features all of the information needed for crew of merchants trying to make a buck in this region of space. Especially the trade map can look a bit intimidating at first, but should come in handy during the game – especially if your campaign focuses on trade.

Some people may ask themselves whether a physical map still makes sense in today’s world. I have to admit, I still like having physical handouts at the table. And the map is definitely a great eye-catcher.

If you prefer a digital version of the map, you can get it as well – which actually contains one PDF for each of the two maps. The digital edition is a bit of a mixed bag to be honest. It looks great, is only 7 MB in file size and looks pretty good even on a tablet PC, but it’s just not as useful as the printed map – at least in my opinion. Your mileage may of course vary.

The print edition of the map sets you back €24.95 (about 31$) which is a pretty fair price, if you ask me. It’s available directly from 13 Mann or through local retailers. The PDF version is also available from DriveThruRPG and sets you back $15.55. If you are a fan of any edition of the Traveller RPG and if you’re playing in the Spinward Marches, you definitely should check this product out.