Like a phoenix from the ashes, or a hungover party goer on Monday morning, I arise once more, after months of not posting here at Stargazer’s World, to participate in RPG a Day once more! It’s time for the 2016 edition. As Gen Con begins in Indianapolis tomorrow, those of us unfortunate enough not to go, distract ourselves with things such as this… Small consolation!

All kidding aside, I had a great time blogging in this topic last year, so I’m coming out for this event once more. This year a big shout out goes to the RPG Brigade for putting the even together and continuing the tradition begun by Dave Chapman, click on this: #RPGaDay 2016, and visit the official page!

I’ve posted about days 1 and 2 briefly on Twitter, you can find me there as @Sunglar, and shared my thoughts with the Puerto Rico Role Players community both in Facebook and Google+, but I don’t want to miss blogging about it here at Stargazer’s World. Allow me to expand upon what I wrote about for days 1 and 2 and share my thoughts on day 3.

Day 1 – August 1: Do you prefer to use real dice, a dice application or program, or use a diceless system?

I’ll admit it, I’m a grognard. As much as I like to think I’m hip and cool and I’ll give bold new indie systems a try, I’ve been gaming since the 80’s, and polyhedral dice are part and parcel of what I consider role playing games. I’ve played some games that use other resolution mechanics, and even tried my hand at diceless gaming with Amber. Truth be told it was only character creation, but we did some sort of auction for character creation, fun but different.

I’m also not fond of dice apps for everyday use at the table. I understand their uses, especially when rolling massive amounts of dice; I’ve used them in just such occasion. But at the table, unless the roll calls for 30 or 40 dice, I prefer the sound of dice clicking on the table. I have no problem is players use them, if I can check out the app first. While doing prep, which I do 100% electronically, I’ll use a roller for table rolls, rolling hit points, and things like that.

For online games, I actually break my own rule and prefer some sort of digital roller everyone can see. I used to do some PbeM role playing and we’d use a page where we’d roll and then we’d share the code in the post, can’t remember what site that was… I haven’t played on Roll20, which is on my list of things to learn to do before the end of the year, but on the very few occasions I’ve played via Google Hangout we used a dice roller there.

Allow me to veer of slightly off topic here, but since it’s about dice it’s tangentially related, what about funky dice? And I’m not talking about d7s or d30s; I’m talking about dice with weird symbols like the ones in the latest Star Wars RPG by Fantasy Flight Games. I’m not a fan! I’ve read and watched the reviews of that specific game, seen it in play, and understand how the mechanic encourages the tone of the game. I’m not saying I wouldn’t learn a game with funky dice, but they are a turn off for me and definitely barrier of entry for me for any game that uses them. 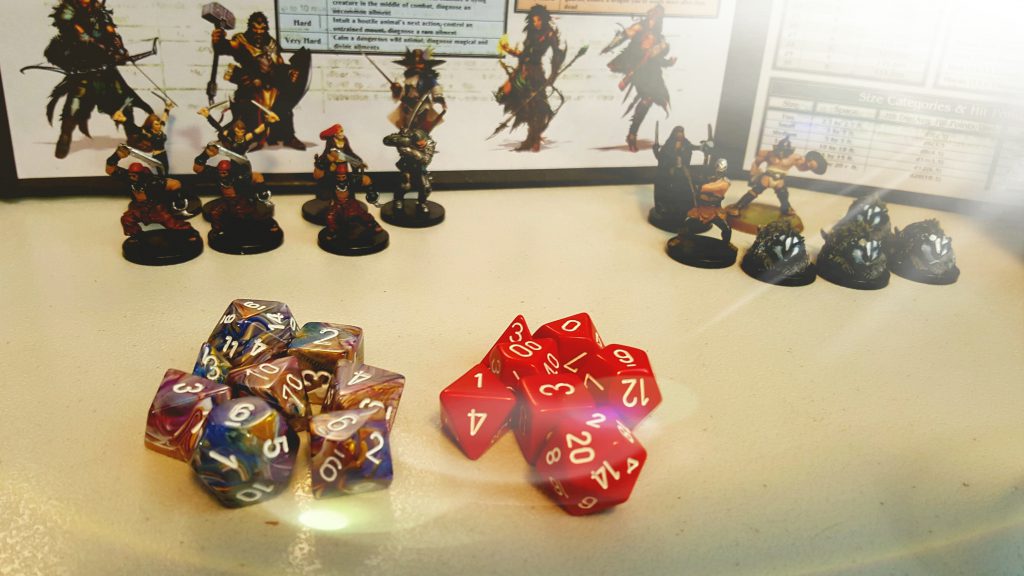 Now, that’s what I have to say about dice, on to topic 2.

Since 2015 I’ve mostly played one campaign, the Wanderers of the Outlands, my Savage Worlds science fiction campaign. I blogged about the campaign’s background extensively here in the blog. That campaign ran from February 2014 to March 2016, 77 sessions. We’ve only been playing D&D 5th edition for a couple of months now, 19th sessions as of last night. While I played the occasional one shot, ran some games at geeknics and conventions for Puerto Rico Role Players, its hard not to look for the best game session during the last year among those of the Wanderers of the Outlands campaign.

If I had to pick just one, I’d say the next to last session, session 76. It was the culmination of so many plot-lines, they faced their ultimate antagonists, it had combat, massive space battles, and planets were destroyed. It set the stage for a quieter final session where players got to explore what their character were doing years after the campaign ended and they left known space on a new grand adventure. I think that was one hell of a session and a great closing for an incredibly fun campaign, due in no small amount to a wonderful group of player. Kudos to them! 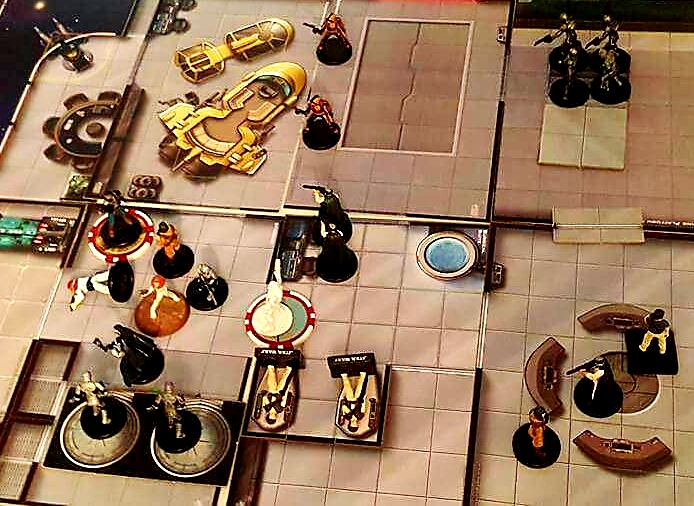 Now, on to today’s topic…

Day – August 3: What is something you have done with your game character that you are the proudest of?

Now we get to the more difficult subjects for me, the character specific questions! I rarely play rpgs as player. As I’ve blogged before, I prefer being a Game Master, I’m one of those rare beast that would rather run a game than play it. I’ve only played one shot games at geeknics the last couple of years. The last regular campaign I participated in as a player was in 2008 or 2009.  Turning it around and talking about and NPC in a campaign doesn’t seem fair, because it’s not just one character doing something, an NPCs is part of a whole tapestry a GM weaves when telling his or her story.
The proudest moment of one on my characters, let me think… This may seem silly, and it’s definitely a moment from my youth, a little old school. In an AD&D 1st edition game back in 1988 or 1989 I was playing an Unearthed Arcana Paladin, the ones that were a sub-class of the Cavalier. We were facing a challenge to prove or mettle and in the midst of some ruins we encountered a Tarrasque! This was the end; no way was the party surviving this, so I stayed behind fighting the creature while the rest of the group made their escape. I stood toe to toe with the creature three rounds, no small feat. Turned out the creature was not real but simply a magical construct, part of the greater test, which we ultimately passed. To this day I’m still proud of that, silly as that may seem! 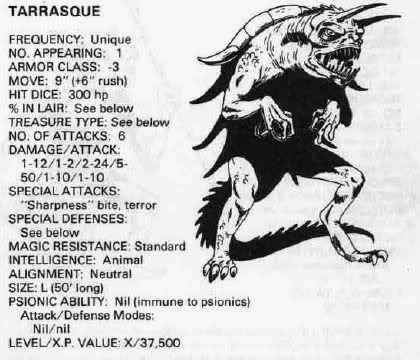 So that takes cares of the first three days of #RPGaDay 2016. Where do you stand on dice vs dice rollers vs diceless? What was your best session over this last year? What has your character done that you’re proudest of? Who’s at Gen Con? Let us know in the comment!

A final thought, allow me a shout out to ARMR Studios, friends and members of Puerto Rico Role Players, who are doing their RPG a Day 2016 vlogs in their YouTube Channel, check them out.

See you all tomorrow…

The Long Way To Tal’Dorei