Welcome to Tuesday and the continuing series of posts for #RPGaDay 2016. Today’s topic is one of those common questions that get asked a lot in questionnaires and lists of this sorts, and one I’m not particularly fond of.  But I’m committed to this challenge so I’ll soldier on. The question is:

August 16: What historical character would you like in your group and for what game?

Coming up with a historical figure can be daunting, we think we know these people, but we rarely know more than bits and pieces of their lives. While the Wikipedia entry on the Historical Figure gives a useful definition, while stating that there is an ongoing discussion whether these famous persons have really had such monumental impact on history (the great man theory vs Herbert’s idea of such men as products of their social environment) , let’s use that definition for the purposes of this post has proved really hard for me!

If I’m allowed to stretch the idea of historical figure and extend it to actors whose body of work has been influential to modern cinema, my first choice for a “historical figure” to game with would be Robin Williams. The late thespian was a not only a talented actor and an outstanding comedian, but also a gaming enthusiast. I would have loved to play a game of It Came From the Late, Late, Late Show with him! Just imagine the fun to be had running a game based on bad movies with him. 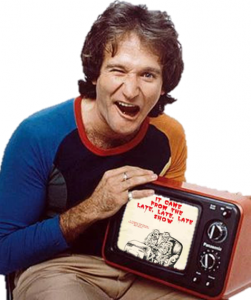 However, if you insist of me picking someone along more traditional lines of a historical figure (and you can argue his impact beyond a specific literary movement) I’ll go for a late 19th century literary figure, Algernon Charles Swinburne and I’d love to play The Whispering Vault with him. I figure that game would go into some seriously disturbing but entertaining territory. 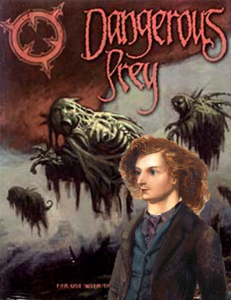 Those are my picks, I’m sticking to them! Which historical figure would you want to game with and what game? Let us know in the comments…