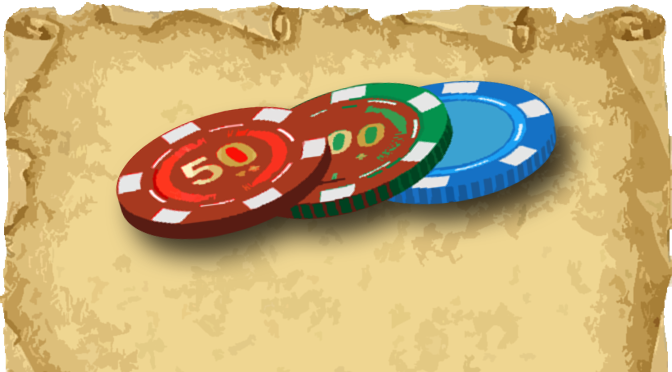 I am a terribly lazy GM. If possible I try not to do any prep at all and usually rely on my improvisational skills to run my games. But this had led to a certain problem. I am not sure if my players have noticed yet, but I definitely feel it: the game is often not as exciting as it could be. Back in the day, I created cool props (like newspaper clippings, maps, etc.), prepared complex plots, and came up with memorable NPCs. I still do this, but on a much reduced level. Especially my weekly game could need some more “flair”, if you get my drift.

Recently my friend Marcus posted about his upcoming Fallout-themed Savage Worlds game. Wow! Check out the photo below and tell me that’s not totally awesome! 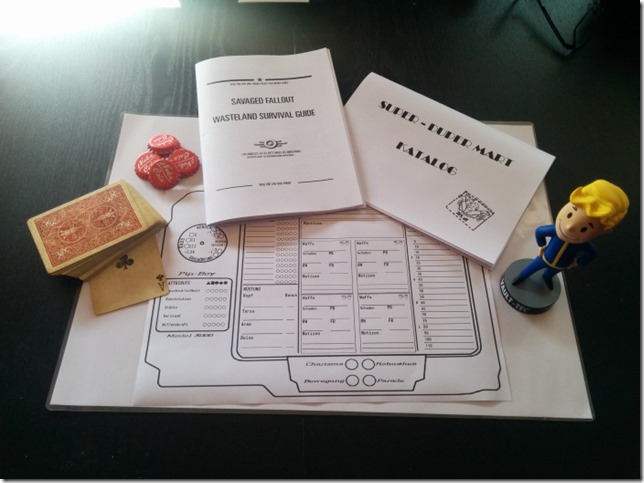 The character sheets look like the Pipboys from Fallout, he created Nuka Cola bottlecap (for use as bennies) and if I am not mistaken he even aged the deck of cards to look like they were from a post-nuclear-war era. This level of dedication and preparation immediately lifts the game to a different level. I am pretty sure most players honor such dedication to the game and it also should help to establish immersion into the setting.

If I am looking at my game sessions, this is what they are most lacking. Yes, my players are enjoying themselves, I usually do so, too, but I am sure things could be so much more awesome. There are a lot of reasons why I haven’t done that much prep work (or created props for that matter) anymore: work, family, the house, my mental health, computer games … But I think some more prep work and perhaps a few more props will help to improve my GMing and make our games much more memorable.

Of course not every game needs custom bennies and aged playing cards, but sometimes a simple handout prepared before the game can make a huge difference.