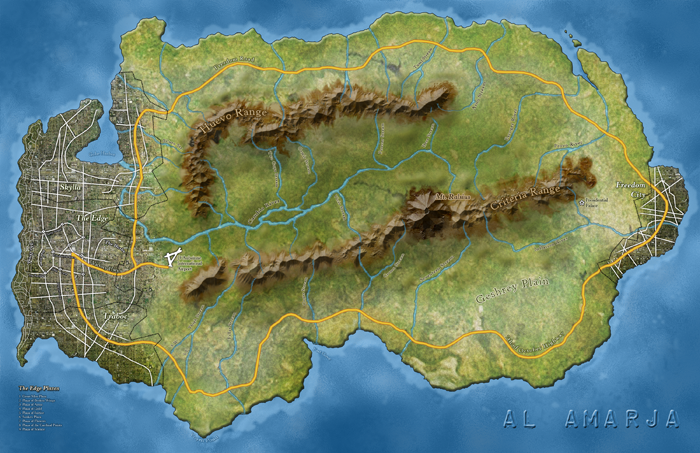 In May 2012 I wrote a short blog post about the then recent release of the Wanton Roleplaying System (aka WaRP) under the OGL. Most gamers probably never heard of said system before. WaRP is the system which was used in Atlas Games’ Over The Edge roleplaying game which is supposed by many to be the grand daddy of many of today’s indie roleplaying games.

When Over The Edge came out in the early ’90s, free-form systems with player-defined traits, lacking most of the common RPG tropes felt like something from another planet. Nowadays it would fit right in with games like Fate Core, Apocalypse World, just to name a few.

In the WaRP system each player character is defined by four traits: their core trait, two secondary traits, and a flaw. Each trait is ranked in d6 (usually 3 or 4). Each trait is also accompanied by a sign which is a visual representation of its trait. Someone with the trait Soldier may have “Army fatigues” as sign. The traits are player-defined but the OTE rules also included a list of examples to choose from. The whole rules section of the book was about 20 pages long and the basics could be compressed onto just one letter-sized page.

Over The Edge’s setting was also delightfully different. The game is all about the fictional island of Al Amarja, a place where everything imaginable may be true. The player characters in OTE might stumble upon ancient gods, alien conspiracies, weird cults, or anything else the GM might come up with. It is also a place which feels like a cyberpunk city, but from the 1980s. It has all the drugs, and rock’n’roll but none of the cyberware… It was a far cry from what gamers were used to back in the day. So it’s probably no surprise that some gamers still speak fondly of OTE, while others have never even heard from it.

When WaRP was released under the OGL a couple of years back I was hoping to see at least a few games powered by it. Unfortunately people were too busy hacking Apocalypse World, Fate, or many other modern indie games while giving WaRP a cold shoulder. Over the last few days I have been reading the Over The Edge core rulebook again, and I really would love to either try this game out or at least give the WaRP system a try. Hmm, perhaps I’ll add this to the list of games I want to run after my GM break…

We submitted our blog to the 2012 SOTY award and so should you!

#RPGaDay2018 – Day 20: Which game mechanic inspires your play the most?