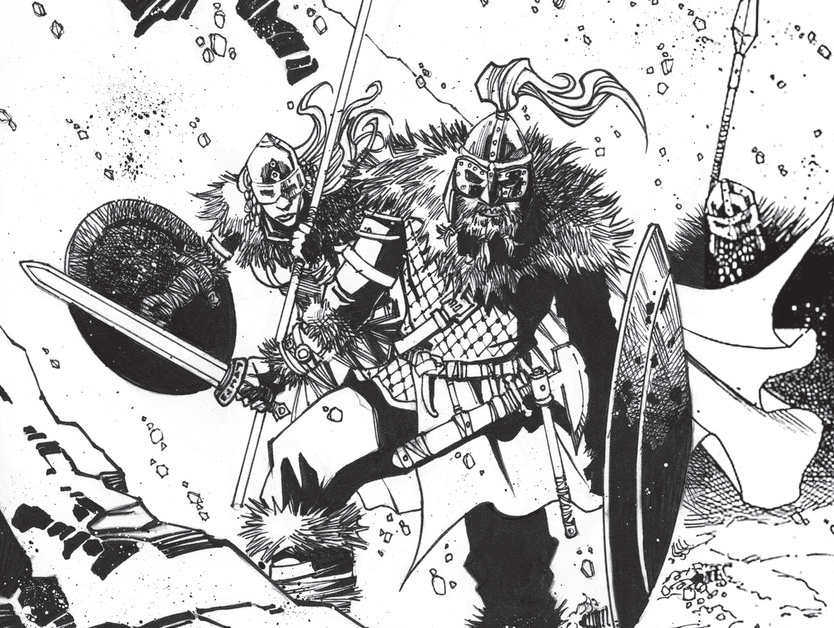 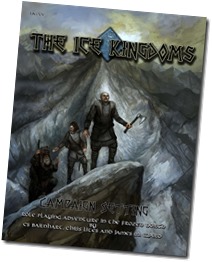 If you are into OSR-style games and Vikings you should definitely have a look at the Ice Kingdoms Campaign Setting by Mad Martian Games. It was designed with OSRIC in mind but you should be able to use it with most if not all D&D simulacra.

Especially since playing Skyrim, I have a soft spot for nordic-inspired settings and Ice Kingdoms looks like it fits the bill perfectly. You get a fully fledged out setting with everything needed to run a campaign including advice on how to use the book with various D&D editions, new monsters, new spells, et cetera.

I know that a lot of OSR fans prefer to run homebrew campaigns, but if you don’t mind that some of the heavy lifting has already been done for you, Ice Kingdoms is a great choice.

I wanted to do a proper review of it for quite some time now, but I haven’t found the right time yet. But it’s definitely something I can stand behind. The 202-paged book is available on RPGNow as both PDF and printed book and sets you back mere $2.10 for the PDF and $9 or $15 for the softcover and hardcover book respectively.