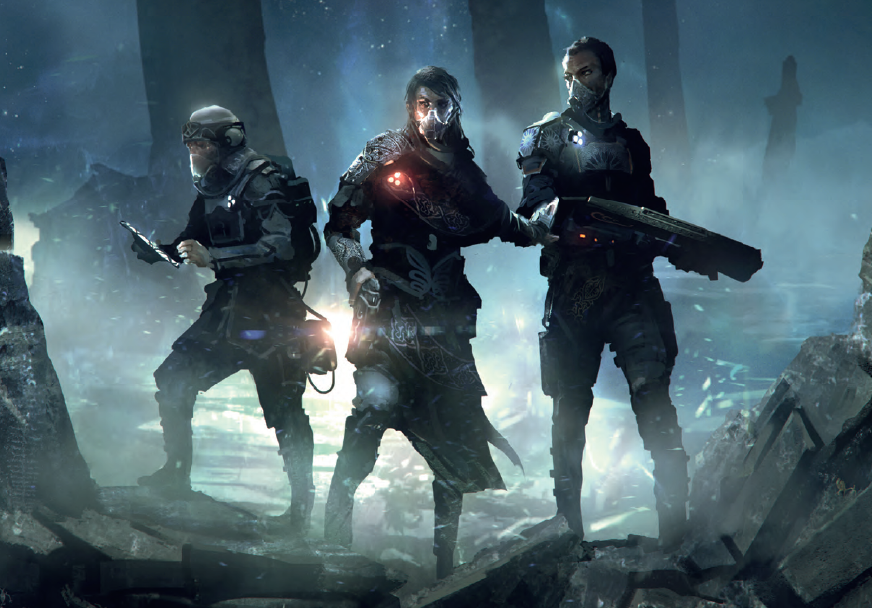 I have spent some of my down time over Christmas reading up on Coriolis from free league publishing.

I was super impressed with Mutant:Year Zero with its beautifully simple skill resolution mechanics, the D6, D66 and D666 scalability and even a neat little combat system that was both fast to play yet had the graphic critical damage effects that move combat into the narrative.

If you read my take on Conan: Adventures in an Age Undreamed and the 2d20 system you will know I was far from taken with the game mechanics of that system. 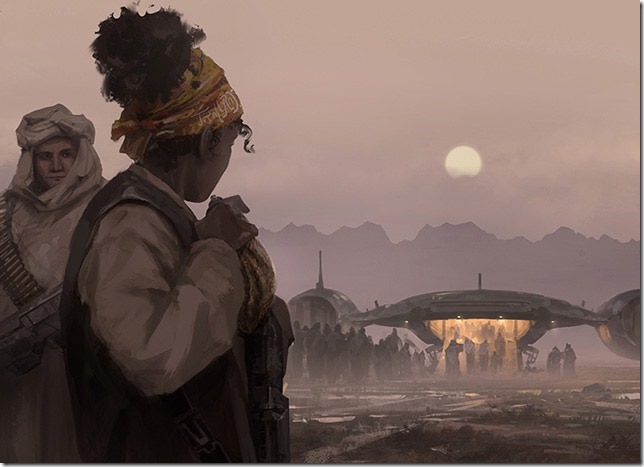 So what do I think of Coriolis?

My background is very much in Rolemaster, that is what started this little tour of alternative systems. Coriolis feels like Rolemaster in miniature. By that I mean in Rolemaster we are used to a characters defined through their skills the same as Coriolis; Characters can have Talents and Flaws in Rolemaster whereas Coriolis has Talents and Problems; I am used to  a whole rainbow of difficulty factors for skill tests from routine to near impossible; graduated levels of success, in Rolemaster that is typically failure, partial success, success, absolute success, in Coriolis it goes failure, limited success, critical success. The latest Rolemaster rules use a 4 action point system per round and Coriolis uses 3 action points. Throughout the rules I have read so far Coriolis looks and feels like a D6 version of Rolemaster. The clever use of the D66 where needed bridges the gap from the granular D100 to the broad strokes of the d6.

I mentioned Conan earlier for one reason. There was a mechanic in that game that I detested, momentum and consequences, and that rears its ugly head again in Coriolis but this time in the guise of Darkness points.

In Rolemaster circles there is a concept of ‘flurry of blows’. The logic goes like this, a combat round is 10 seconds long and you are more than capable of swinging your sword more than once in 10 seconds. So the attack roll you make is not your only attack that round, it is the attack that was most likely to succeed. In reality you actually made many feints, parries and attacks in that 10 seconds. Flurry of blows is almost universally reviled by the players, partly because melee attacks are flurry of blows but spells are not, one fireball is one fireball, missile attacks are not flurries, an arrow is an arrow or a spear is a spear. The rules are not consistent.

Corriolis is based around flurry of blows and it suffers with the same breakdown in coherency when it comes to throws spears, axes or arrows which are quite clearly discrete. I agree that you do not need to count every bullet, Spacemaster used a count of bullets for guns that had small magazines but just a generic ‘burst’ for semi and automatic weapons. You didn’t need to know how many bullets were in each burst but you could still track when the magazine or bullet belt was empty. Coriolis uses the flurry of blows or burst of bullets concept for all the attacks and for me it breaks the suspension of disbelief. I end up feeling like guns are filled with miniature Schrodinger’s cats and until you check what is in the magazine or pull the trigger your bullets may or may not exist.

I know the argument is that if you have to track bullets then it is just more bookkeeping but the flip of that is that there are opportunities for dramatic tension when a player is down to the last few rounds and the enemy are at the door.

So that is quite enough about the game mechanics…

Coriolis as a game

I firmly believe that the setting is all important in a game. Coriolis uses a wonderful fusion of Sci Fi and the Arabian Nights to create a rather mystical FireFly-like game backdrop. I am a really enthusiastic about this set up. I read the Arabian Nights again earlier this year (2017) so I was already on board from the very first paragraph.

Now, here is an interesting thing. I played in a Spacemaster game last year and having read the adventure The Dark Flowers I am convinced that the adventure I played through was the sample adventure from Coriolis. So technically I have never played Coriolis, and you know I don’t feel that happy reviewing games I have not played, I have played the sample adventure. Now I am looking at it with a GM’s eye I think it is an excellent introduction. It also points to the quality of the Coriolis materials.

Incidentally, I don’t know if this is a coincidence but the ‘feel’ of the page layout and design is very much like Eclipse Phase from Posthuman Studios. It could be that this is just a page layout ‘style’ and the fact that both games are Sci Fi and relatively rules lite in my experience.

So over all I cannot really fault the game design, the quality of the materials, the setting or anything. There is one game mechanic I don’t like, but I would house rule around that if I ran the game. That is personal preference.

If you have read my recent mini series on GM Emulators, I find it very interesting how the consequences mechanic from both Coriolis and Conan have so much in common with the plot twist mechanics in the GM Emulators. This may sound like a contradiction that I advocate GM emulators for collaborative play but when the same mechanics turn up in a game I object to it. The difference is that when using a GM Emulator there is no plot before you start play and the entire world is created and unfolds before you as you play. The consequences mechanic in these games on the other hand changes the reality for the characters explicitly based upon a bad roll. It just smacks too much of roll playing and not role playing.