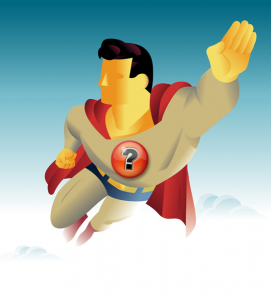 I’m a big believer in character questionnaires, I’ve even written about it before. I’m currently preparing for my upcoming superhero campaign and I’m struggling with creating a superhero themed questionnaire. I’m interested in asking my players about their expectations, what elements of the superhero genre they like; feel comfortable with and would like to see in the game.

I have not given up on writing the questionnaire, but I imagine others might have worked on something similar before. Is there anybody out there able to point me to an existing questionnaire? Any ideas on what you’d include? Looking forward to your suggestion and ideas…

We need an alternative to DriveThruRPG