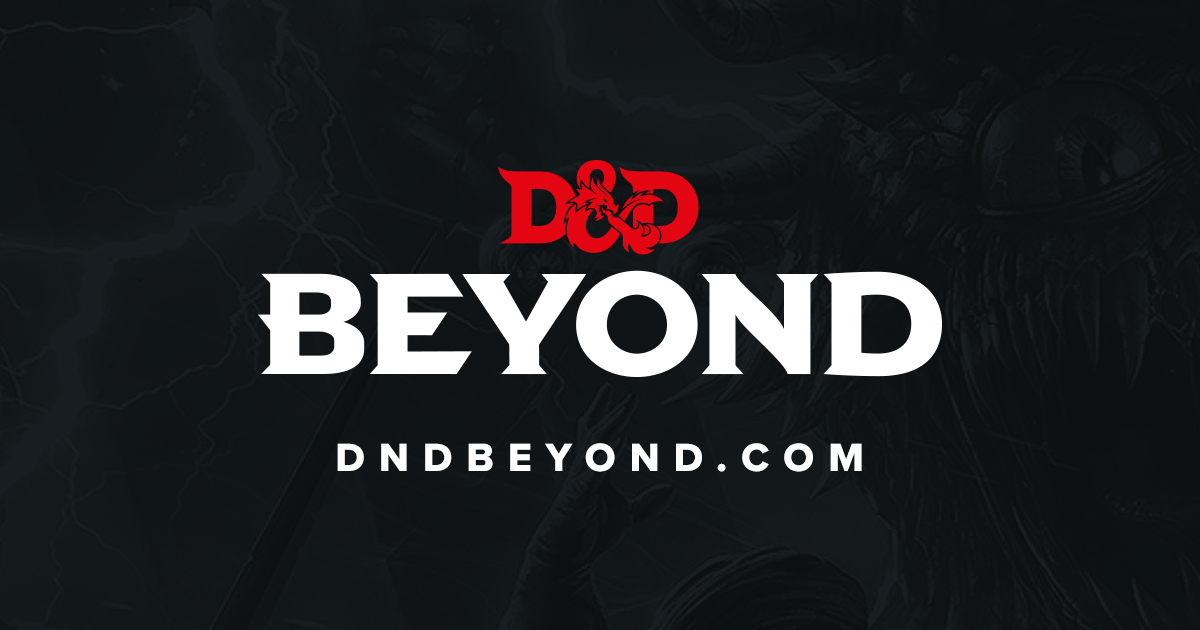 Let’s face it: Wizard of the Coast’s track record when it comes to their digital offerings is – let’s say –  spotty at best. So it was probably a good idea that they let Curse handle D&D Beyond. Over the last few days I’ve extensively used the website and app to look up rules and to play around with the character creation tools. And I have to admit I am impressed.

But let’s get some things out of the way first: D&D Beyond is in my opinion a bit too expensive. If you want to have access to the full rules and perhaps some of the sourcebooks or modules you have to basically buy them a second time – assuming you already owned them in print. I get that WotC doesn’t want to give the materials away for free, but $90 for the digital access to the PHB, DMG, and MM is a bit steep for my tastes. On the other hand, D&D Beyond allows you to share access with your gaming group, so the offer gets quickly more affordable if you split the costs with your players. 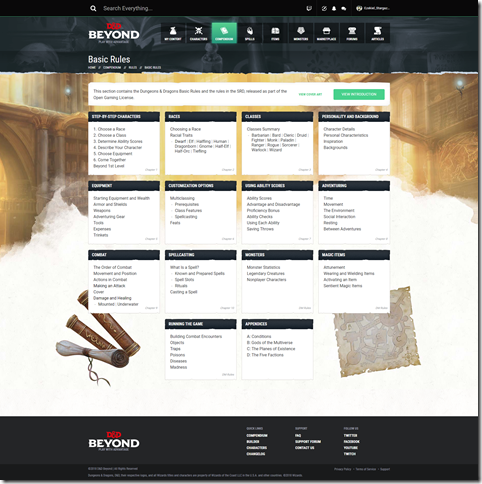 So what does D&D Beyond offer? Even if you don’t want to pay a dime, you get a complete rules compendium including everything the Basic Rules have to offer. This compendium is fully searchable and the display was optimized for the web (or smartphone and tablet via the app). If you buy additional material, you get access to it as well. People who have subscribed to the Master Tier are allowed to share their library with up to 12 people per campaign (up to three). This sets you back about $6/month. There’s also a cheaper Hero Tier which is meant for players (it doesn’t include the sharing feature) which is only $3/month. Free users have limited character slots and can’t use other people’s homebrew material with the character creation tool.

There are also tools for creating characters, magic items, and monsters. From what I’ve read they plan to add more features in the future, but even now, it’s a pretty nice thing to have. You can also share your homebrew materials with other players but I haven’t really looked into this part of the offer.

The app (which is available for both iOS and Android) currently only gives you access to the rules compendium functionality, but this might change at a later date. What I really like is that it allows you to download your purchased content (including the free Basic Rules) to your device, so you don’t need internet access to look stuff up. If you want to read the D&D 5th Edition rules on your commute, then the D&D Beyond app is the way to go!

Aside from the fact that I consider it a tad expensive, D&D Beyond is – to my surprise – pretty impressive and I haven’t even tried every feature. The ability to look up rules, stats, etc. and a device-optimized display alone is worth it. And even if you don’t want to put down any money, the D&D Beyond app with the Basic Rules is a must-have for any serious D&D player!