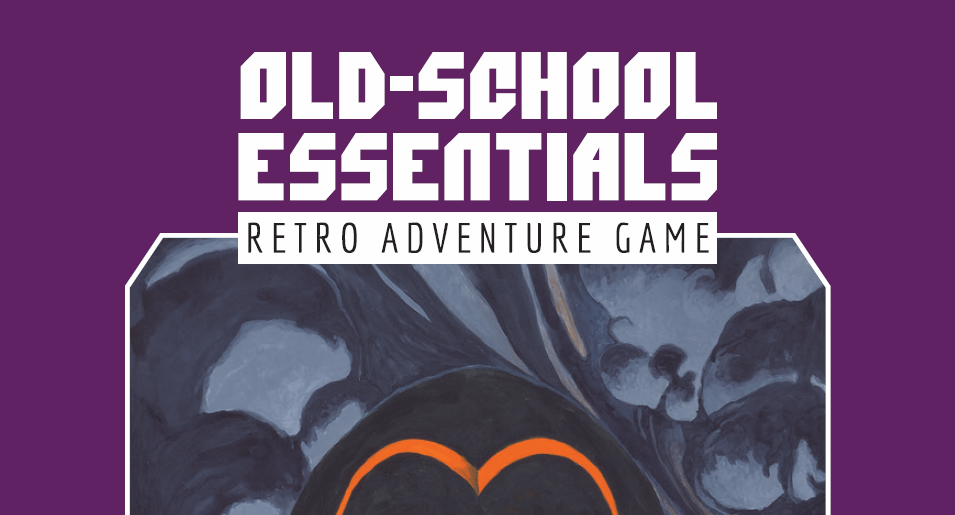 Let me start by giving you some context. Even though I have enjoyed the roleplaying game hobby for almost 30 years now, I started playing at an older age than most of you. I was 16 when I first played in a TORG convention game in 1992. Shortly after that I was finally allowed to join a friend’s Warhammer Fantasy Roleplay campaign, which lasted a couple of years and ended with our party saving the Empire from utter destruction! Even though I was aware of D&D at this time, I did only play it a few times. And – oh boy – I really didn’t like the AD&D 2nd Edition rules which were popular back then. I found the rules too restricting, and just plain weird. I still played it if I got the chance because everything aside from the rules was fun and I had the chance to spend some time with cool people.

Back then I didn’t know much about the history of the game, neither was I aware of Basic D&D. D&D 3rd Edition which came out a few years later was more to my liking and we played it quite extensively. But over the years my interest in rules-heavy games plummeted. It was somewhere in the 2010s when I first read blog posts about the Old School Renaissance (or whatever you want to call it) on the RPG Bloggers Network I had joined in 2008. As far as I remember I was pretty skeptical at first, but when I eventually looked closer into these “retro clones” I found something which I didn’t know I have been looking for all this time.

Old-school D&D had all the elements I liked in the D&D editions I played so far, but it was much more rules-light. The kind of gameplay it supported was also something I found intriguing. Eventually I started my long search for the “perfect” retro-clone (I know, there’s no such thing). I played Lamentations of the Flame Princess several times and it came pretty close to what I was looking for. I enjoyed the artwork associated with this game and some of the changes to the rules compared to the edition of D&D it emulated just felt right to me. Unfortunately the guy behind the game is not someone I want to support, so I looked for alternatives.

Over the years I have read basically everything OSR-ish I could get my hands on. There are some pretty popular games inspired by old-school D&D without trying to emulate the original rules which just didn’t click with me. Especially Index Card RPG is a game I really enjoy reading but I just can’t make it work at the game table. A game that almost worked perfectly for me was Swords & Wizardry Whitebox. It was simple and very easy to hack. But you know me, I kept hunting after my personal “white whale”, the perfect retro-clone.

Eventually I heard about Old-School Essentials by Necrotic Gnome. People all over the internet talked about it as if it was the best thing since sliced bread. At first I was seriously underwhelmed when I read it was trying to emulate the B/X edition of D&D perfectly. What I didn’t realize was that the author, Gavin Norman, rewrote it from scratch, so that the rules are much, much easier to understand, made some minor fixes, and added some optional rules like THAC0 or Ascending Armor Class.
But what really sets OSE apart is its layout. To call it perfect would almost be an understatement.

Instead of putting everything into a huge tome (although there is a Rules Tome available if you prefer this format), Gavin divided everything up into smaller booklets. There’s one for the Core Rules, one for Monsters, Treasures, Spells, and last but not least there are the Fantasy Genre Rules. The latter contain the classes you expect from a B/X game. The advantage of this modular approach is that this makes using the rules at the game table so much easier since you can for example give one player the Spell booklet to read up on one of their spells, while the GM looks something up in the Core Rules without having to buy several copies of the rules. But you can also easily swap out rules if you want. Someone released rules for another genre? Just add that book to your collection, the core rules etc. stay unchanged. I like this a lot!

But what really sold me on OSE were the Advanced Fantasy Genre Rules. This book basically adds all the classes from AD&D 1st Edition (and more) into OSE while retaining the power level and simplicity of B/X classes. The Advanced Fantasy Genre Rules also add several demihuman classes (like Drow, Half-Orc, or Svirneblin) and optional rules that allow you to separate race from class. Nice! The book also adds rules for poison, secondary skills, weapon proficiency and multiclassing. In keeping with the spirit of OSE most rules are of course optional.

I don’t think I need to write much about the B/X rules in general here. It is probably the most beloved edition of old-school D&D out there and there are countless retro clones available. From what I can tell at this point, OSE is the closest to the original two boxed sets. What I also like a lot about OSE is that its author has written down extensive information on what he changed and why. This is not only useful when comparing OSE to other retro clones but also interesting from an “archaeological” viewpoint. You can actually download the author’s notes and adaption guidelines for free from the Necrotic Gnome website.

If you are unsure whether OSE is for you, there’s a Basic Rules PDF available for free. It basically contains everything you need to start playing and it shares its look and layout with the complete rules. The artwork has been removed and there are only level 1 spells provided. But this should be more than sufficient to make up one’s mind.

Personally I think you owe it to yourself to get the boxed set and the two available Advanced Fantasy Genre rulebooks (one contains the rules as described above, while the other contains Druid and Illusionist spells). The box is big enough to hold all the books and is pretty sturdy. Each book is hardbound and of high quality. To my surprise the boxed set is actually pretty cheap. For mere €60 (or your local equivalent) you get the core rules in print and PDF. If you prefer the Rules Tome you pay €35. The Advanced Fantasy booklets set you back €15 each. There’s also a dedicated Player’s Rules Tome for €20 which contains all the rules a player might need. Considering the high quality and that the PDFs are always included these prices are very fair.

At this point I think Old-School Essentials might be that “perfect” old-school D&D game I was looking for. That doesn’t mean I won’t look at other retro-clones and D&D-inspired games in the future, but at the moment it is the game I’d love to run (or play). It’s well-written, laid out perfectly, is reasonably priced, and the quality of the physical books is phenomenal. Sure, it doesn’t come with fancy artwork like – for example – Paizo’s latest game, but if you are looking for a solid B/X clone suited for everyone from newbies to veterans, look no further than OSE!