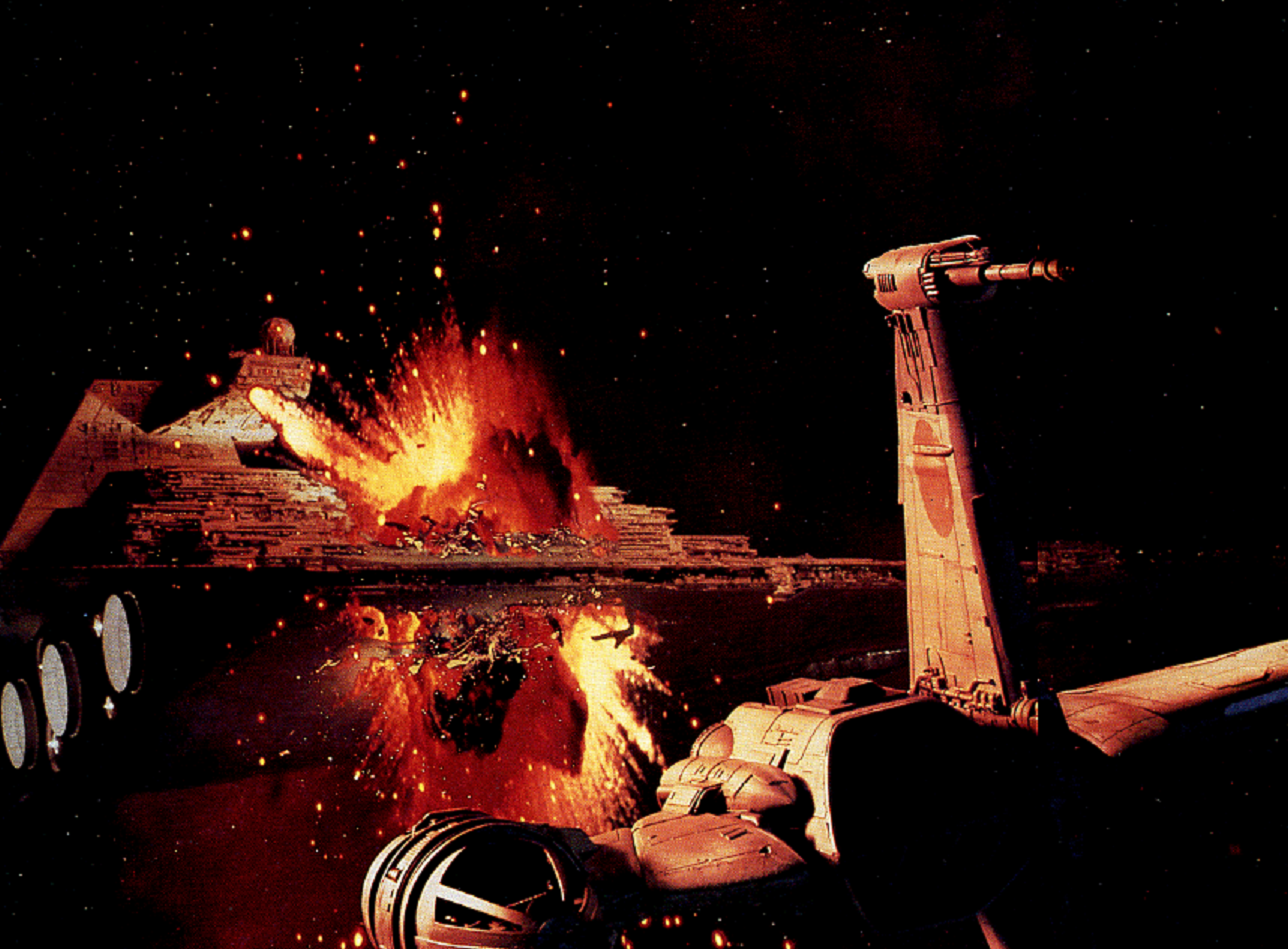 I think it’s not the first time that I’ve mentioned my love for West End Games’ original Star Wars Roleplaying game from 1987. It’s one of the first roleplaying games I’ve played and it’s a game I still read from time to time even though I don’t actually play it at the time.

One thing I’ve noticed in recent years is that Star Wars The Roleplaying Game 1st Edition – albeit all of its flaws is an almost perfect roleplaying game, especially if you’re trying to introduce new people to the hobby.

The most obvious advantage is its setting. Star Wars is hugely popular – nowadays probably even more so than back in the late 1980s. It’s THE pop culture phenomenon of the second half of the 20th century. Everyone knows it, most have watched at least one of the movies, many love it. This makes pitching it to new players extremely easy. You may think introducing D&D might be as easy, but that’s only true if you have been raised on D&D-inspired fantasy material. Many D&D-isms are actually quite specific to the franchise, and are not easily grasped by new players.

The second huge advantage of WEG’s game is its mechanics. The D6 System is an easy to learn, fast, cinematic and quite robust roleplaying game system. The core rulebook also does an excellent job at teaching how to play it. The book starts with a basic explanation of the most important concepts which is followed up by a solo adventure which any aspiring GM or player can play through. More detailed rules are included, but you get the basics first, which is actually how more games should be structured.

The GM advice included is also pretty good. You get concrete advice not on how to run roleplaying games in general, but particularly how to run Star Wars. How can you convey the vastness of the Star Wars universe and the impressive vistas you know and love from the movies at the game table? The book has an answer for that. It gives tips on whether its appropriate to make “pew-pew” noises, provides adventure hooks and explains how to design your own adventures. Apropos adventures: there is of course a fully-fledged introductory adventures which you can use to jumpstart your own campaign using the ideas and hook provided in the book.

Because of the character templates the game uses, people don’t have to worry about character creation too much. You just pick a template, make a few changes if necessary and start playing. Players more familiar with the system can of course create their own templates.

The setting information included in the book is limited, but because of the popularity of the setting there’s not much needed to enable GMs to run games in the Star Wars universe. The 145-paged book contains everything you need to start playing aside from a couple of ordinary six-sided dice. No fancy dice are needed – which is another plus.

In my opinion the Star Wars Sourcebook is the only other book of the roleplaying game series you really should have, everything else is just “nice to have”. It includes stats for most major characters, more equipment and vehicles, creatures and aliens, and a lot of beloved spaceships. Together with the core rulebook GMs have more than enough material for months to come. The entry hurdle is pretty low with this one.

Unfortunately other Star Wars games were never as good as the very first one. Even the second edition was a lesser product – at least in my opinion. It included a lot of new rules which might have given the game more mechanical depth, but it also raised the complexity which can easily drive off players or GMs less interested in this aspect of the game. The d20 edition released by Wizards of the Coast at the height of the d20 System craze, was a great game, but it was even more complex and had a way higher hurdle of entry. Fantasy Flight’s series of Star Wars roleplaying games are brilliant in their own way, I love the Genesys System they spawned, BUT again, it has a higher complexity than the simple d6 System, uses proprietary dice and is quite costly. Perhaps Star Wars fans are financially more well-off nowadays.

Sure, nostalgia plays a role, but I still think Star Wars 1st Edition by West End Games is an awesome Star Wars game and a great game in general. Heck, you can easily hack it to be used in other settings or genres. The excellent Heavy Gear d6 is a perfect example. Unfortunately it has also been out of print for ages. Fantasy Flight Games has released reprints of the core rulebook and the sourcebook a few years back which should be still available online. Alternatively some fans have scanned many if not all of West End Games’ Star Wars games and made them available online.

If you are a fan of Star Wars I highly recommend getting your hands on a copy of this fine game. It’s the perfect game to introduce people to the hobby, it’s easy to learn, easy to run, and even the reprint is not too expensive. It might even be a great gift to a Star Wars fan (of any age) who might not familiar with roleplaying games yet.

So what are your thought on this game? Did or do you enjoy playing it? Would you recommend it as highly as I do? Or do you think I am totally off my rocker? Please share your thoughts below. Every comment is highly appreciated.