I always love to use props and one of my favorite prop are newspaper clippings. Usually I used a word processor like Word or Open Office to create a mock-newspaper. But there’s an even easier way: The Newspaper Clipping Generator! Here’s a sample of what you can create in just a few seconds: 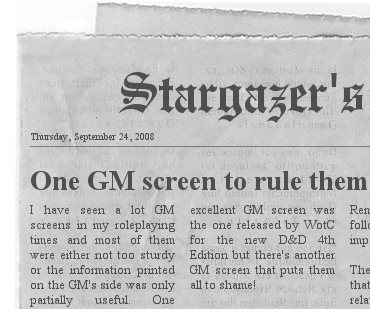 By the way I think my fellow-blogger Uncle Bear has used this generator before to create newspaper clippings for his blog. So you obviously can even use this web tool to pimp your blog! Check it out!