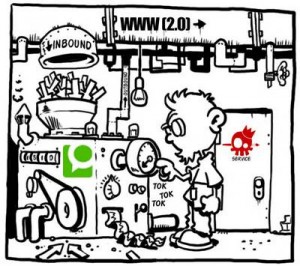 Recently I added a few new features to my site. One addition was a Technorati widget that should show my blogs authority, sites that link to me, Technorati tags and more. Alas this widget had several problem. At first it fails to load regularly and even when it loads my authority stays zero, although it says four on the Technorati site. I then found a much simpler widget that should only show a nice graphic of the current blog authority. This also doesn’t work and only shows a simple HTML link to my profile page. *sigh*

When I check out my Technorati profile page I notice that although the information about sites that linked to my blog is fairly up to date, the most recent entry in the “Latest posts” category is 109 days old!!! From my current standpoint Technorati seems to be severely broken. I have tried to “ping” manually but this hasn’t helped much.

So, what’s wrong with Technorati? Have other bloggers noticed the same faulty behaviour or is it just me? Any help or advice would be appreciated! And while you are at it, check out blog.beetlebum.de. It’s a german cartoon blog created by the artist who created the cool artwork above.