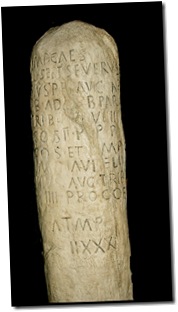 I was so busy in the last weeks that I almost missed that my blog hit the 400 posts milestone recently. And since my last milestone post in July much has happened in the RPG blogosphere. If you haven’t been living under a rock, you probably noticed all the drama around the RPG Bloggers Network recently. For some time now, Duane from A Terrible Idea is now in charge of the network and I wish him all the best!

As with my previous milestone posts I want to look back at the last 100 posts and share some statistics with you. Man, I love statistics! 🙂
These have been the most popular posts since my blog hit the 300 posts milestone:

Enough tooting my own horn, let’s have a look at the statistics now:

I am currently going through some kind of winter slump, but I think I should get to my 500th post in early 2010 nevertheless. Thanks to all my readers! I couldn’t have done it without you!

Why is there no Harry Potter RPG?