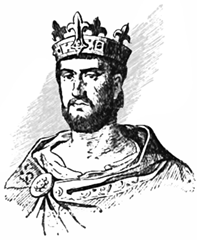 In my opinion the biggest hurdle for any aspiring game designer is artwork. Especially if you plan to release a game for free you usually have no budget for paying artists. One solution are clipart collections. If you do a search on Google you’ll probably find a lot of clipart galleries, some of them even free. There are also a lot of artists which offer some of their works under Creative Commons, but in my opinion the easiest way is to rely on artwork in the public domain, if you need to illustrate your game/adventure/supplement.

While searching for artwork for my upcoming Gears roleplaying game I found the following sources of PD artwork:

And if these three sites aren’t enough, you can check out the Wikipedia Public domain image resources page. If you know any good sources for free artwork, please share the links in the comments below!