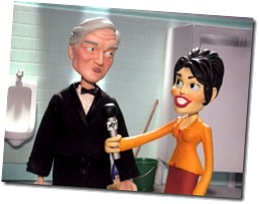 As you probably know I love to interview interesting people from the roleplaying industry. Yesterday something really surprising happened: Gordon from “Blog of a new RPGer” asked if he could do an interview with me.

The result is an in-depth interview with me which you can read over at Gordon’s blog. We talked about how I got into gaming, running Call of Cthulhu, blogging and a lot more. Check it out!