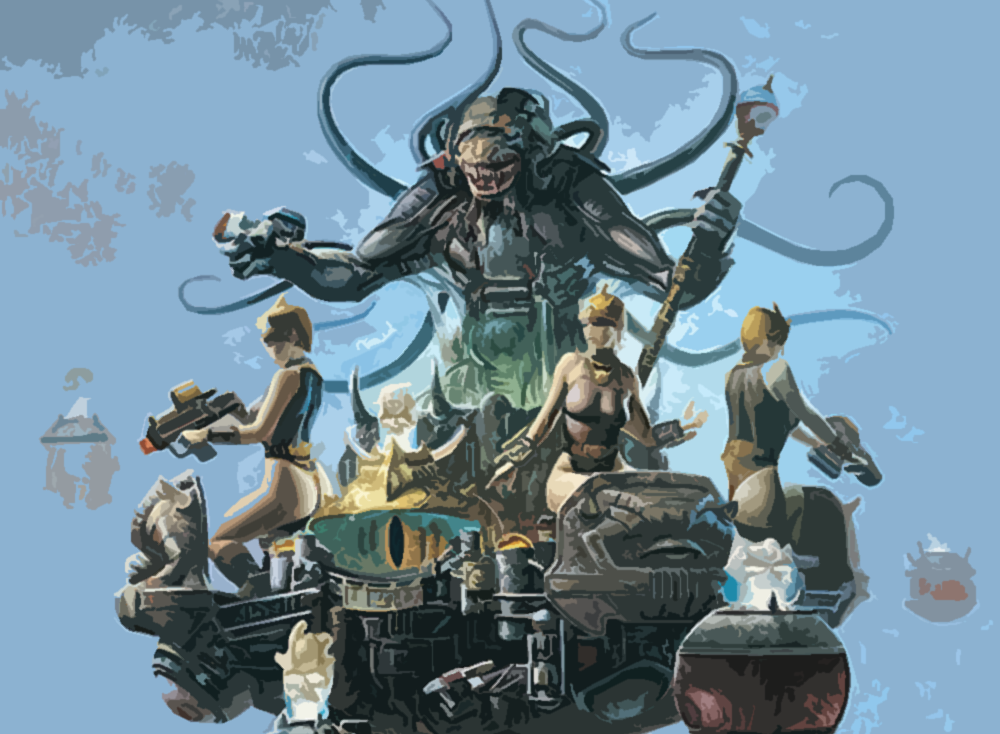 Over the weekend I kept thinking about RIFTS and how I could run it without having to rely on the clunky Palladium system. After some googling I stumbled upon a post where someone mentioned he ran RIFTS using OD&D. At first I was wondering how one could do such thing, but after some more careful examination I came to the conclusion that its not really a bad idea.

If you look at it, Palladium is a lot like D&D (I think it could be most closely be related to AD&D) with a BRP-like skill system thrown in and with all pretenses of balance thrown out of the window. I actually don’t mind the last aspect. Balance in RIFTS or the lack thereof is what makes RIFTS fun. And believe it or not, a simple Operator can easily shine in a group of Cyborgs, Juicers, and Cyberknights.

This might sound a bit weird, but I guess you might take a basic framework like Swords & Wizardry (or a similar D&D retro-clone), add a simple skill system, and build the RIFTS OCCs with it. Isn’t a Ley Line Walker just a Magic-User with some special abilities thrown in for good measure? Mega Damage could be a problem, but you either follow RIFTS’ example and add MD and MDC to the system or you convert all damage to normal damage. In RIFTS 1 point of MD is equivalent to about 100 points of normal damage, but I am sure a ratio of 10:1 or even 2:1 would work fine and actually make it more easily playable.

I haven’t talked to my group of players about this, BUT if they are interested in the RIFTS multiverse, I might try to use OD&D to run RIFTS. If that fails, I can still rely on Pinnacle Entertainment’s Savage World version.

What do you think about my plans? Do you think this might actually work, or do you believe I am as mad as a hatter? Please share your comments below.