For quite some time I have been working on the layout of the premium version of last year’s One Page Dungeon Codex. Actually it was supposed to be out in September, but as its common with such projects, not everything works as planned and so the release was delayed quite a bit.

When everything works as planned, the deluxe edition of the OPD Codex will be done in a few days, but I thought it would be nice to share a few pages with you. 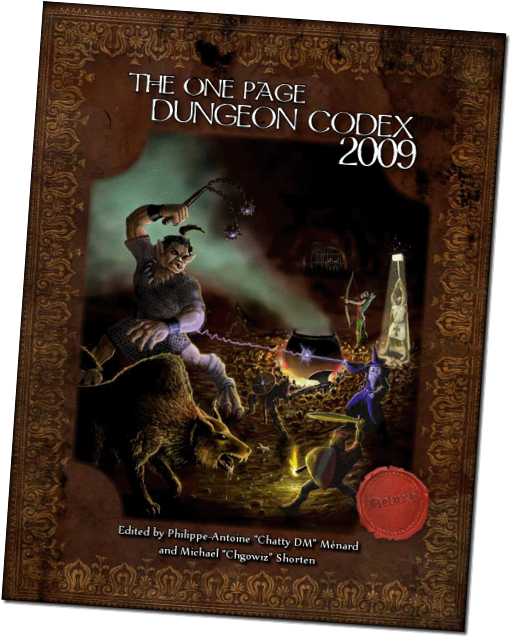 You can download a preview PDF here. It contains the cover and the pages 4, 6, 11, 25 and 32 from the final PDF. As always I am interested in what you think about this subject. Please share your thoughts and criticism in the comments below!

UPDATE: The One Page Dungeon Codex 2009 Deluxe is finally finished and will be released for free on RPGNow/DriveThruRPG soon!