Hello all! I’m in a particularly good mood writing this post, because despite all the real-life complications of recent weeks, this past weekend I took part of a gathering of geeks that reinforced my love of the RPG hobby and allowed me to see many old friends and make many more new ones.

I’ve talked about the gaming community where I live, Puerto Rico, before. Since our initial activity I talked about in a previous post, the Puerto Rico Role Players group has done some other activities. We had a gathering at a local park, to meet, eat and game. It was originally meant to be a BBQ but since the park did not allow it, we changed the name to geeknic. We saw on the internet that others had done it and thought well there is an idea!

In April we had or first geeknic, and it was such a success that some members began to plan the next one. This past Sunday we had our second one, Geeknic II: The Revenge. We met at the Cambalache State Park in the north-western part of the island. Here we finally got to do some BBQ, play some games and meet more geeks from all around the island. This time around we played Anima, Don’t Rest your Head (back for a second outing after the last Geeknic) and I ran Lady Blackbird (I’ll write a summary/review of it later). I think these types of gatherings are great because it keeps out gaming community alive. Our little group is growing, we now have 210 members. 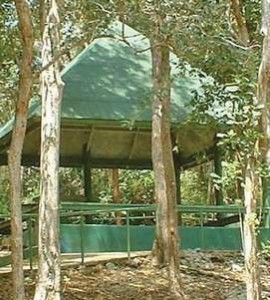 I know Michael has mentioned his pub meetings on previous posts, and I cannot stress enough the great opportunity it is to meet with fellow gamers, exchange ideas and talk. Our community needs that type of contact to grown and thrive! The Internet is great but nothing beats face to face. That’s my opinion at least!

This post is dedicated to all my friends from Puerto Rico Role Players, old and new! See you all at Geeknic III – The Return of the Geeks…

(Thanks Leo for suggesting the name)