A recent post by fellow blogger and friend Daniel Pérez about his love for the Forgotten Realms got me thinking about my favorite campaign setting. The D&D Known World, better known as Mystara. 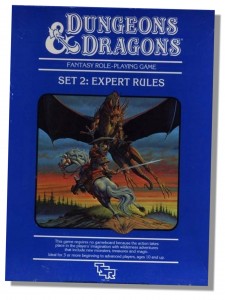 I first discovered this wonderful world in the D&D Expert Set with paragraph long descriptions of the town of Threshold, Karameikos and the Black Eagle Barony used as examples of what a campaign setting could be like. To me that became the default setting for my Dungeons and Dragons games, when the first D&D Gazetteer came out I had to get it! Even when I switched over to AD&D I kept playing in the D&D Known World until I developed my own campaign setting.

I am a confessed home brewer (campaigns, not beer) but despite playing mostly my campaign this is one campaign I’ve stuck to through thick and thin, and I have an almost complete collection of all materials published for it. But this was not always so. I got most of the Gazetteers as they came out but I eventually lapsed and missed a couple of them. What rekindled my love with Mystara was The Voyage of the Princess Ark, an excellent series written by Bruce Heard published in Dragon Magazine from issues 153 to 188. I remember the first installment; it featured the map of the D&D Known World from the D&D Master Set and proclaimed it was wrong, wrong, wrong!

It chronicled the adventures of the Alphatian Skyship under the command of Haldemar of Haaken as it travelled to the unknown regions of Mystara. It rekindled my interest in the campaign and had me going back to re-read the old Gazetteers and purchased the ones I had missed. I was especially fond of the boxed set Dawn of Empires which detailed the warring empires of Thyatia and Alphatia; I must have read that boxed set well over ten times.

Since the original Gazetteers were written for the D&D rule set (when there was a distinction between D&D and AD&D) they were full of additional rules and ideas for the system. Many were divided into a Player Section that covered what a player would know about the region, and a longer much more detailed DM section.

The Known Worlds is a strange mishmash of nations inspired by real world cultures, placed together in a map that makes little geological or cultural sense, but the writers managed to hammer out a fun world of high fantasy and high magic. It has so many opportunities for adventure and so many great products were produced for the line; the Hollow World was amazing, The Wrath of the Immortal boxed set was a world shattering campaign, and the exploration of the world, its history and cosmology through the Voyage of the Princess Ark articles made me a fan for life.

On my search for a complete set of Gazetteers I was only missing the eight one, The Five Shires, written by Ed Greenwood. This was back in the early 90s and I contacted every RPG catalog I could find, and even called TSR directly to try and get a copy. I was unsuccessful, until I managed to get my hands on a used copy in the 1998, ten years after it was published.

The setting eventually was converted into the AD&D 2nd edition rules and officially rebranded Mystara. The products came out during a time when TSR was producing multimedia boxed sets with CDs containing adventures and audio clips, but except for the Monstrous Compendium Appendix which I loved, the 2nd edition Mystara products were never as fun for me as the original Gazetteers.

The Voyage of the Princess Ark spawned a Boxed Set called Champions of Mystara that summarized some of the information from the articles, and had some cool maps, but lost some of the magic of the monthly adventure. The skyship eventually travelled to a region of the Known World that was presented in the Red Steel/Savage Coast product line which I was not particularly fond of, but still own (hey I am a completist at heart). Some of the Red Steel content used to be available for download online, but Wizards apparently took them down!

Even is Mystara did not transition into newer editions there is a committed online community dedicated to everything Mystara, Vaults of Pandius, with great maps, information and even some conversions for the Known World.

I have not run my definitive Mystara campaign yet, the last time I visited Karameikos I was running an all thieves campaign (as rogues were known back in the olden days of AD&D), they had double crossed one ally too many and the fury of Duke Stephan Karameikos and the thieves guild of Specularum had been unleashed upon the band of resourceful rogues. I’ll go back and play in Mystara again; I believe Microlite20 or the Basic Fantasy RPG would be a great fit for my return there. See you on Threshold!

PS – This post is dedicated to my friend and fellow DM Mario, the Master of the Game, and his players in Cayey, who never gave up on the Known World and still play in their very own version of Mystara!