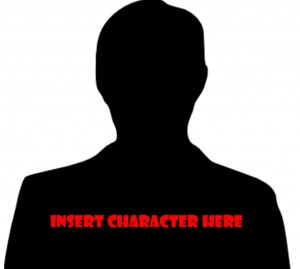 This post came out of a conversation I was having with Michael over IM about my nick, Sunglar. I actually came up with the name for a story I wrote in 8th grade, before I began gaming and ended up using it for my very first character as a player. Sunglar had many incarnations in RPGs, as a character, NPC, even villain, and eventually became my identity online since the days of Compuserve.

Don’t worry, this won’t be a post reminiscing about old characters, I think we are all tired of that. Michael actually suggested I should try to write a post with some player advice and despite some initial trepidation I jumped at the idea. As a longtime GM and casual player at first I thought I might be ill suited for the concept, but figured that I could bring a different perspective to player advice from my side of the screen.

Like I have said before, the advice given here is not wholly original, it builds on all sorts of different ideas I have read in countless gaming books, so thank you to all those that came before. I hope something of what I write here may be useful to some of you out there. Interested? Read on…

People game for different reasons, and there are lots of theories on the type of players and how to cater to their interests and strengths. But I propose you to consider the opposite scenario, how can you as a player help the Game Master. Some GMs love improvisation and run their games fast and loose, others are structured and rigid, some are amateur thespians and give every NPC a different voice, but all of them have something in common, they are telling a story!

Be they neophyte (isn’t that nicer than noob?) GMs or veterans with many notches on their screen, all GMs want to tell a story. When you make your character come alive you give the GM opportunities to tell a story around your character. Here are some five specific pieces of advice to help your do just this.

1. Look at the stats! Traditional RPGs all have stats, whether they call them attributes or some other fancy name. Here in the blog Michael asked whether we need them or not, and games such as Fate handle them in ways that already help this process of defining your character, but many games have you roll or spend points on attributes and quantify their numeric effect on the game and that’s that. So after you roll them, add the bonuses, go back and take a hard look at them.

Is your character strong but not as agile? Is he a bumbling muscle bound warrior, or a grizzled veteran who retains his strength but has suffered so many wounds that he has lost the nimbleness of his younger years? Asking questions such as these will help your character come alive.  I once rolled a Call of Cthulhu character with a very high Size attribute but low Strength and Constitution, so I decided he was a tall obese antiquarian, very sickly and always complaining about how heavy everything is.

2. Be quirky… Characters with quirks and some form of shtick can be tiresome or downright annoying in many forms of fiction, but despite what I told you before this is not a novel or a movie, it’s a game and we play it for fun.  Your GM may want to tell a story, but an RPG game is a different storytelling medium. Characters that have some quirk, a detail everybody can latch on to and associate with your character assures that he or she will be remembered by everyone around the table.

Let the quirk or detail come naturally from the stats or other rule details. If you can get away with an accent or distinctive mannerism go for it. Not everyone feesl comfortable hamming it up so if you don’t act it out make sure you mention it and work it into your description. Try to have at least one quirk. The more experienced you become the easier the details will come to you. Keeping with the example of the Call of Cthulhu character, after looking at the stats I decided he would always be out of breath. I would describe him as sweaty, always patting his brow down with a handkerchief, and whenever I would speak as the character I would pant and take big gulps of air.

3. Establish some background. I love when a player hands me a written story for his or her character’s background. Not everyone is a writer and not all characters spring full formed to the mind of the player. Sometimes they are little more than a collection of numbers and a vague idea where you want to go, and that’s fine, leaving some room to grow as the game progresses is ideal. But trying to establish at least one background detail gives the character some verisimilitude. You can always fall back on some staples of fiction, but avoid the orphan street waif who is secretly a prince; it’s been done to death!

Family is perhaps the easiest background to come up with. Who are this character’s parents? How did they influence their development? For my Cthulhu character I decided he lived with his mother. He was a mama’s boy, with an elderly overbearing mother taking care of her consumed a lot of his free time; the antiquarian job grew out of taking over his mother’s antique shop. Be aware that your GM may use family members, parent, and children, as bait, prisoners or cannon fodder. Embrace it, that is the nature of the game, it’s also a chance for you to be a hero and rescue them, or deal with the consequences of losing them.

4. Establish some goals. Establishing goals lets you know where you want to go with this character how you see him or her developing, but be sure to communicate them to your GM. That will allow the GM to bring some of those elements into play. Some games have implied goals, raid the dungeon and earn more treasure, learn new and more powerful spells, discover the secret lore of cults dedicated to alien gods who slumber beneath the waves, and they are all fine and good, but I am not talking about those!

Think out of the box; establish some goals not related to the rules and more related to the story of who the character is. They may have to do with the implied goals of the game, but give them a twist. Your neophyte warlock may yearn for power, but the reason he does so is so he can take revenge upon the master who ridiculed his meager skills and sent him away. Try to establish at least one short term and one long term goal, that way you have something attainable and something to work for through the game. My antiquarian character had a short term goal of kissing a girl; he knew nothing about women and yearned for love. His long term goal was to get away from his overbearing sick mother who controlled his life.

5. Change, change, change… A good, believable character doesn’t stay the same. If your character is exactly as he was when the campaign began all the way through then all your hard work is lost. Adapt, evolve, revisit those goals and as the game changes make sure you adjust them. Just as you change the numerical aspects of your character as you play, you need to move the story along. Ideally the GM will facilitate this, but if he or she doesn’t, make sure you mention the changes that occur to your character, the change in outlook, the new goals, it shows your commitment to this process. 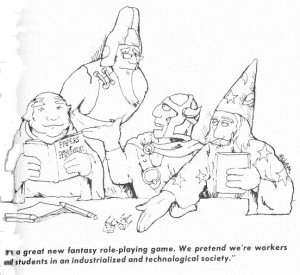 Communicate with your GM, that is probably the most important piece of advice, let he or she know how you see the character grow and ask how you can facilitate this. Remember this is not a novel you are writing by yourself, this is a cooperative endeavor and (ideally) the GM wants to make sure everybody is having fun, so the spotlight will not always be on you. By the same token don’t expect the GM to remember every detail from a casual conversation, be polite be emphatic and remind the GM of what your goals are and how your character’s outlook changes.

What about the overweight, lovelorn antiquarian? I can’t tell you how my character evolved, we only played that campaign for a couple of sessions, but I sure would have loved to get to play him longer.

Not all characters are meant to be the subject of stories told and retold among friends, some may be only a footnote, but you won’t be able to tell until you play them so give them your all. I hope this advice is of use to some of you out there! What do you do with your character? What works for you? I’d sure like to know…

First Impressions: Beyond The Wall