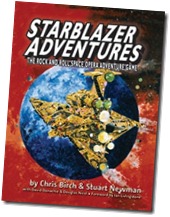 During the last weeks I have felt the pull towards Evil Hat’s FATE system getting continuously stronger. I have always thought that FATE was one of the most elegant and ingenious RPG systems designed, but for some reason it never made “click” for me. I read almost every FATE-powered game I could get my hands on, but some aspect (no pun intended) of the game always kept me scratching my head. While I liked very much what I read I was not sure how these games actually play and more importantly if I as a GM can handle it.

Recently I have been listening to some actual play recordings of people playing the Dresden Files RPG and one thing intrigued me the most: the players were actually thinking more about who their characters are than what they can do. In the majority of games I’ve run people usually created their 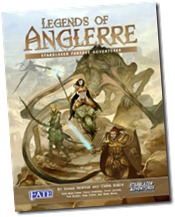 character with their abilities in mind. I’ve also noticed that coming up with Aspects in a group is much easier than doing so when you are all alone imagining how it could be to actually play FATE.

Listening to people actually playing and discussing the game was actually an eye-opener for me. Suddenly the things I have been struggling with made much more sense. For some reason I never had these issues with more traditional games. 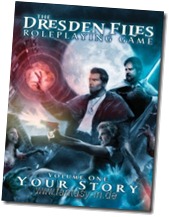 Rereading Starblazer Adventures’ “How Do I Play This?” chapter actually helped me to realize that at the core FATE can be described in just 10 pages. Everything else might help to give you more details, more examples, more stuff to use for your game. But in the end it boils down to just these 10 pages. And still this allows you to play almost in any genre you can think of. Wow! I can’t hide it, I am extremely excited.

Alas I am suffering from a terrible gaming dry spell at the moment. I haven’t played or run a game in quite a while. Hopefully this will change in July and I think this might be the right moment to finally run a FATE game. Since I am still longing for some SF, I might actually give Starblazer Adventures or Bulldogs! a try. But there’s also a copy of Legends of Anglerre lying on my bedside table which is also a lot of fun to read and probably even more fun to play…

I have to admit that while I wholeheartedly love the Dresdenverse, I am not sure if I can properly run a game in it. I need at least to read a few more novels before I have a better grasp of the game world before I will dare to run this beast. But one day, I will…

I Think I’m Done With Fate

7 thoughts on “Fated to play FATE”