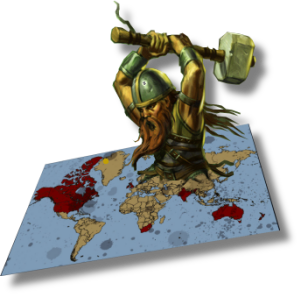 For some of you this might already be old news, but I thought it would still make sense to share the news here. Chronicle City, the new British games publisher set up by Angus Abranson (formerly of Cubicle 7), will be publishing the English edition of Dungeonslayers 4th Edition.

As with the German original, the PDF version will be available for free, and there will be a softcover print-edition in the next few months. In the press release Chronicle City, the German publisher Uhrwerk Verlag and Dungeonslayer’s author Christian Kennig also mention a soundtrack CD which is obviously in the works.

If you want to learn more about Dungeonslayers check out the official site.