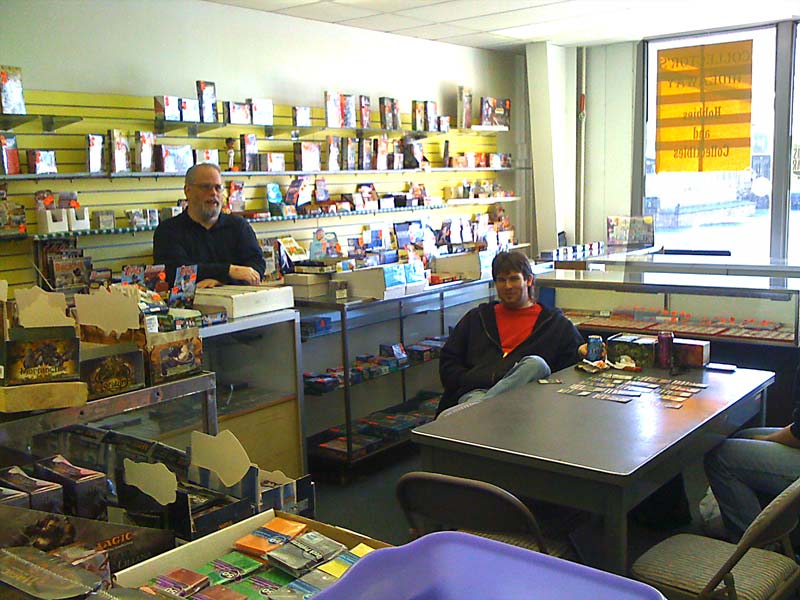 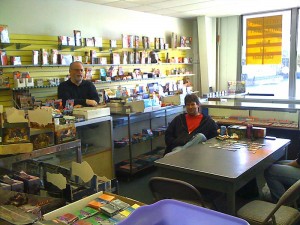 Friendly local game stores and their owners are to few and far between. I think when a game store has to close down, for whatever reason, it affects us all in the gaming community. It does not matter how faraway you are or how close you are to a game store. If one closes its doors we are all adversely affected one way or another.

Most of you will have no idea who Dave Estes is. Truth is, I didn’t know him all that well myself, but the man had a positive impact on my life. Because of that, I think he is worth being remembered for all that he did for the hobby and the community.

Juneau, Alaska does not have much in the way of gaming or comic book stores. If you have ever been to Juneau its pretty easy to see that just by having a hobby store like the one Dave ran in this part of the country is a hard thing to keep afloat. Throughout the years that he owned his store, Collector’s Hideaway he did his very best to cater to the changing needs of the community.

Dave loved gaming and he showed it by the way he ran his store. He held Magic The Gathering tournaments almost weekly. He would teach kids new to the game how to play or pare them up with someone he though could help them learn the game better. He also dabbled in table top role playing games. Even through he never sold a lot of gaming books or minis he still manage to do the special orders that a couple of us in town asked for. He would often e-mail me with specials he heard about regarding role playing games or I would e-mail him about some special run of minis Wizards of the Coast was doing and he would go out of his way to try and get them for me.

Back in March of 2010 I wrote a story for Stargazer’s World titled, Gaming In Remote Locations: Juneau Alaska. In that story I talked about my own personal experiences with gaming in an isolated placed like Juneau. I also used that story as an opportunity to interview Dave Estes about his locally owned store. We spent most of the time talking about the most popular game in Juneau at the time, and I think still is, Magic The Gathering. As we chatted he would stop to help out a young kid who walked in with his mother who wanted Pokémon cards but had questions as to which pack he should buy. He even offered to help the boy get in contact with other Pokémon players in town.

The gaming community has lost a good friend in Dave Estes. He will be missed and remembered upon fondly. As the latest chapter closes on this small town we sit and wait with our dice and cards in hand for the next one to begin.

May you forever roll twenties, Dave.

Avenger or Bard? What class should I play?