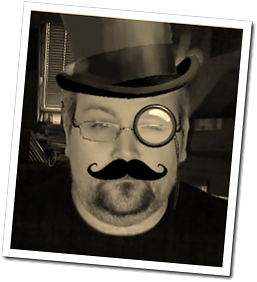 A couple of days ago I posted about my plans to change the pace on the blog and hinted at the reasons. Today I thought some of you might be interested in an update.

One of the reasons why I haven’t posted that often recently is that I have a lot of stress-related issues like sleep disturbances, panic attacks and depressive episodes. Since then I have had an appointment with my GP. She signed me off work for the next two weeks and I am now on a mild antidepressant that should help me sleep and get rid off the panic attacks.

I am still not totally symptom free and my attempts to get an appointment with a psychotherapists have been futile so far. But I’ve started to deal with my health issues and I am pretty sure things will improve from now on.

I want to thank all of you for your continued support. And don’t worry, I won’t shut down this blog anytime soon. In fact I’ve written another RPG-related post that will go live tomorrow!