DriveThruRPG is celebrating Christmas in July again, which means a lot of cool products will be 25% off. The sale starts later today (In about 6 hours!) and ends on the 30th. For more details click here! 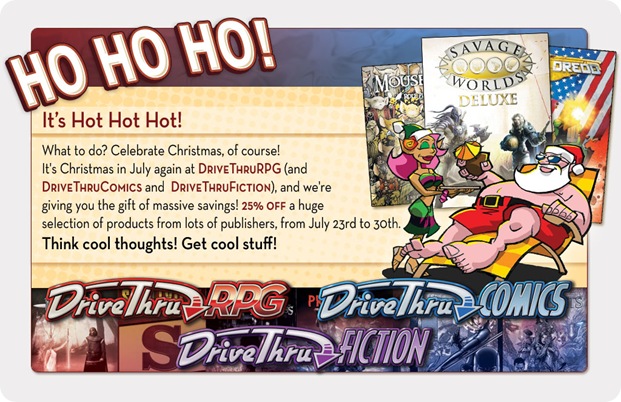 I think this may be the chance for me to pick up a few products I have kept on my wishlist for quite some time.

Penny Arcade: “For the Vin”