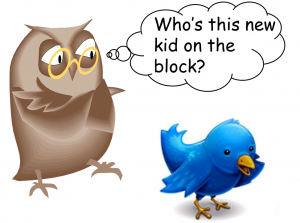 This past weekend I began tweeting a couple of reflections on RPG gaming on my Twitter account. I tweeted them with the hashtag #GMwisdom. Mind you these are not all original thoughts, maybe I put them in a different way, but most of these ideas have been gathered after years of gaming, from advice in books, other GMs, and my experiences at the table over the last 25 years. If by some unforeseen reason you’ve been following me on Twitter for a while you might wonder what got me so philosophical. It’s a combination of thinking about games from a research point of view, born out of my research in education for my class work; and some situations in my regular gaming group. What can I say, you never stop growing and learning! A couple of people seemed to like, and agree with some of the ideas, so I thought it would be useful to compile them here in the blog to share with a larger audience and hopefully generate some discussion.

While I branded them with the hashtag #GMwisdom I think of them as general advice on gaming, applicable to both players and GMs. Musing about games in 140 characters can be hard, and it forced me to be succinct with my ideas. To me this is an advantage so the tweets are reproduced in their original length (with a couple of typos corrected, hey it’s not easy typing in a phone with my fingers, and with a little editing to try and make them more gender inclusive). I believe they speak for themselves. Hope you like them…

Although it didn’t have the hashtag I sent this one at the end of the day today:

I often struggle with what to tweet about, not that you’d be able to tell with 7k+ tweets, but I think I’ve found a topic that interests me and a medium that makes me summarize my ideas, which can be an issue for me, so I intend to keep tweeting on this subject. If you are interested in reading future #GMwisdom tweets, and don’t mind occasional tweets on other subjects (pet pictures, musings on life, discussion of household chores, and the politics every now and then) be sure to follow me as Sunglar on Twitter. If you feel you have something to say on the subject, use the hashtag, and include me in the tweet, I’d love to read your thoughts.

I hope you find this useful. Let me know what you think in the comments bellow or send me a message on Twitter!

PS – I also tweeted a more general piece of advice under the #GeekWisdom hashtag, it applies to RPG games fans, but I hope its messages reaches a larger number of geek fans, so here is as a final bonus: