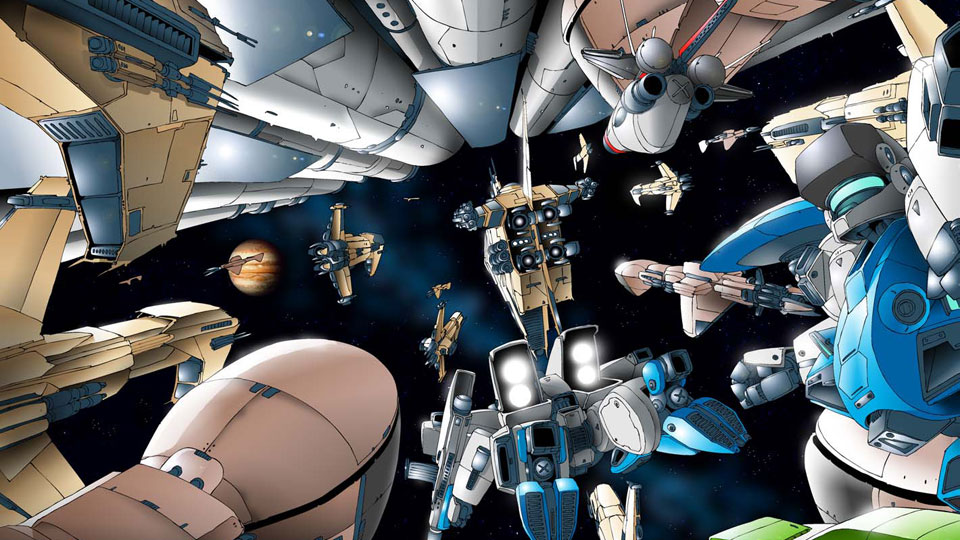 In my post about Elite Dangerous a reader names Gordon pointed out that there will be a roleplaying game based on the computer game. At first this sounds like an awesome idea, but on second thought I noticed a few problems with RPGs like this. In the computer game you’re the Commander of your own space ship and that’s exactly what most people would love to play in the RPG. But does this work in a roleplaying game?

If everyone pilots his own space ship what keeps them from splitting up and exploring the universe on their own? And what about the one guy who doesn’t want to pilot a space ship? While this might not be entirely impossible, it’s extremely hard to give everyone equal time in the spotlight – especially if someone is piloting an awesome space ship and the other plays a feeble space janitor.

In the case of larger space ships the problem can be alleviated. Every player character should be able to have a function on the ship. And in a way the space ship is more akin to the players’ base or home. But in the case of vessels piloted by one person only, things can get messy.

This problem regularly crops up in games based on board games or videogames that revolve around airplanes, mecha, space ships, et cetera. You either force everyone to be a pilot, or you make the pilot profession unavailable to everyone. A third alternative is to ask every player to have several characters – a pilot one and one support character (like a technician). We tried this approach in a Mechwarrior 2nd Edition game. It worked quite well, even though it messed with my immersion. It just feels weird to me, running more than one character if I am not the GM. Your mileage may vary of course.

I am very intrigued by games like Dream Pod 9’s Terra Nova and Jovian Chronicles, but I am not sure if I’ll ever run those. In the past I’ve even thought about using the setting of the now defunct MMO Earth & Beyond (in which each player piloted a small space craft) using for a RPG, but quickly threw these ideas out of the window, because I couldn’t find a solution for the “everyone-has-their-own-space-vessel” problem.

So even though I love games in which players can pilot powerful mecha or fast jet fighters, I rarely run these because of the reasons mentioned above. And I think the upcoming Elite: Dangerous RPG might have similar problems. Or perhaps it’s not the games’ problem but mine.

What do you think about this issue? Have you run games involving airplanes, mecha, and space fighters? What did you do if someone wanted to play a non-pilot character? Please share your experiences below.