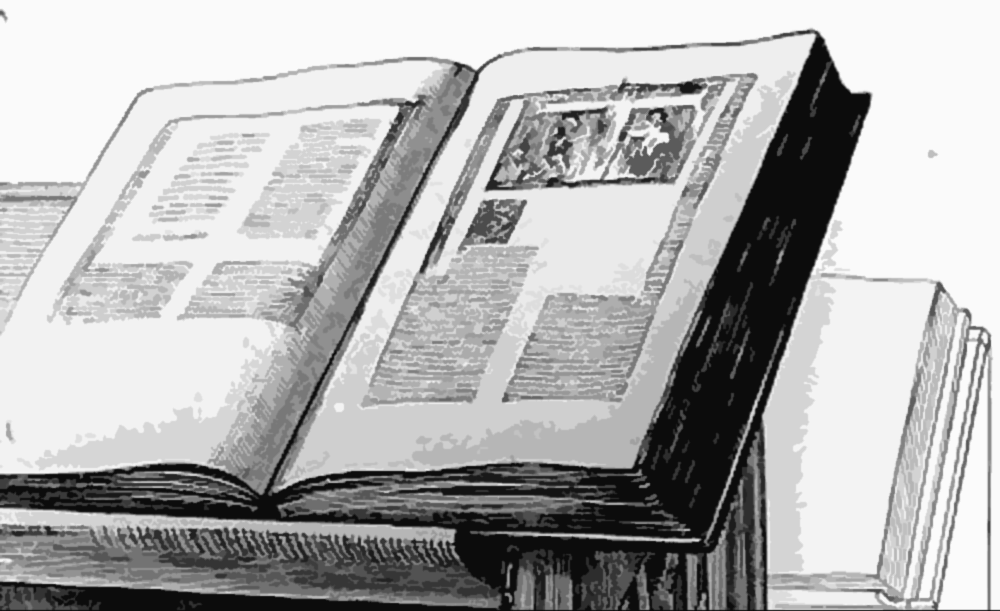 I am a collector of roleplaying games. While most people only buy what they intend to use I buy roleplaying games for a lot of reasons and often even when I know I won’t be able to use it anytime soon.

But for me reading new rules and settings, or just admiring the artwork, or a well-done layout is a lot of fun in itself. Recently I acquired a couple new roleplaying games which I want talk about. 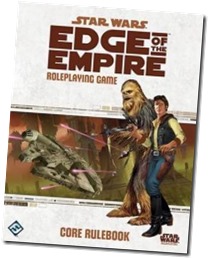 Let me start with Star Wars: Edge of the Empire. I have to admit I wasn’t that interested in this game when it was released. I already own several Star Wars RPGs and I was highly skeptical of the dice mechanic they used.

But a few RPG pub meeting regulars highly recommended the game (and the other FFG Star Wars RPGs) and so I eventually picked up a copy. The core rulebook is not exactly cheap but it’s a very good looking book with about 460 pages. The production quality is top-notch and instead of using photos from the movies, the book only contains original artwork.

In Egde the focus is on the outer rim of the galaxy and people who operate in the darker parts of society: bounty hunters, smugglers, and the like. The core rulebook is pretty complete. I am sure you could easily run a long campaign just with the stuff included in this book. If you want more than that you can always pick up the various supplements already released. 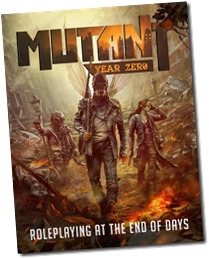 The other book I am currently reading is Modiphius’ Mutant: Year Zero. The recently released game has been out in Sweden for about 30 years, and is the game that eventually developed into the more well-known Mutant Chronicles. I’ve got the PDF version – courtesy of Chris Birch – and I have leafed through it during the weekend.

The 269-paged PDF looks awesome and the content doesn’t disappoint either. In Mutant you play – as the name implies – mutants in a post-apocalyptic world. Character creation is quick and easy, but allows for pretty varied characters. The player characters’ home is the Ark, which may be an airplane wreck, an old bunker, a walled town, or something similar. It’s a point of light in the wastelands and also a hook for most adventures. What sets apart Mutant from most similar games is that the players can initiate projects to develop their Ark and improve living conditions for their friends and families. But all projects may have consequences which may spell further trouble for the Ark.

Exploration is also a huge part of the game. The characters have to explore “The Zone” in order to find resources, or deal with threats. In a way Mutant can be played a bit like a classic hexcrawl (even though its maps are using squares). Even though I haven’t read the rules completely, I already see a huge potential in Mutant. From what I’ve seen GMs can easily run campaigns with only minor to no prep. Players can decide how their Ark evolves and set their own goals.

I’ll write an extensive review of Mutant: Year Zero as soon as I have read it thoroughly. Stay tuned!