I’ve been absent from the blog way too long… Thankfully our fearless leader has kept toiling at it on his own for a while now. RL has really kept me away from posting, but not from my love of games. I still run my weekly session, and remain active in the local gaming community.

Last year I participated in the RPG a Day, but mostly in Facebook. This time around I’m joining the #RPGaDay2015 organized by Autocratik in his blog and posting it here on Stargazer’s World!

Since I began yesterday, August 2, a day behind I posted my entries for Days 1 and 2 together on Facebook, and separately on Twitter. for Day 3 I’m compiling all three and posting them here on the blog. On the following days I will be sharing my daily entry here in the blog, so look for them and join in the fun if you are interested. I would surely love to know what your takes are on these entries.

Without further ado, here we go!

Day 1 – Forthcoming game you are most looking forward to 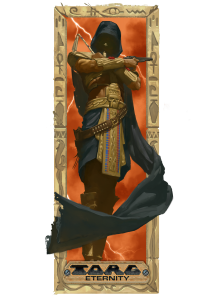 The answer to this was easy a couple of weeks ago, Savage Rifts BUT, a game that originally came out at almost the same time way back when I was in high school has taken the spot, TORG Eternity. I know almost nothing except for the teasers and the two images of Dr. Mobius (there on the left!) and The Gaunt Man, but I’m on board. Can’t wait! 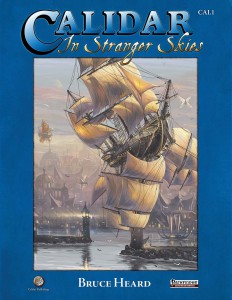 I’ve backed a LOT of great games via Kickstarter, so coming up with just one is hard. My favorite game supplement I’ve back via KS is Calidar in Stranger Skies by Bruce Heard. It’s hard when you catch lightning in a bottle as he did with the Voyage of the Princess Ark, but he did again with the amazing Calidar, it is equal part nostalgia, and an exciting new setting. If I had to go with a full game, and it is the 2nd place after Calidar, it would be Silent Legions by Kevin Crawford. 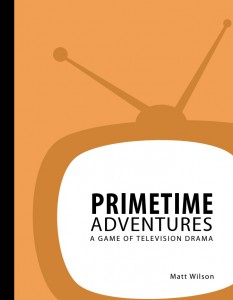 Great minds do think alike, and in this case it is a dear friend, Daniel Perez. There is one game I originally learned about because of a game he once ran, and have since discovered my friend Sara is also a fan, Prime Time Adventures. It is a different type of game form the usually crunch heavy or medium I run, but the concept is terrific. I was a backed of the Kickstarter for the latest edition, and I’m really pleased with it. This is a game I need to run! My second choice would be End of the World:  Zombie Apocalypse by Fantasy Flight Games.  I really like how the game mechanics handle the tropes of the genre.

So those are my first three entries in the #RPGaDay2015 challenge! See you all tomorrow for Day 4.