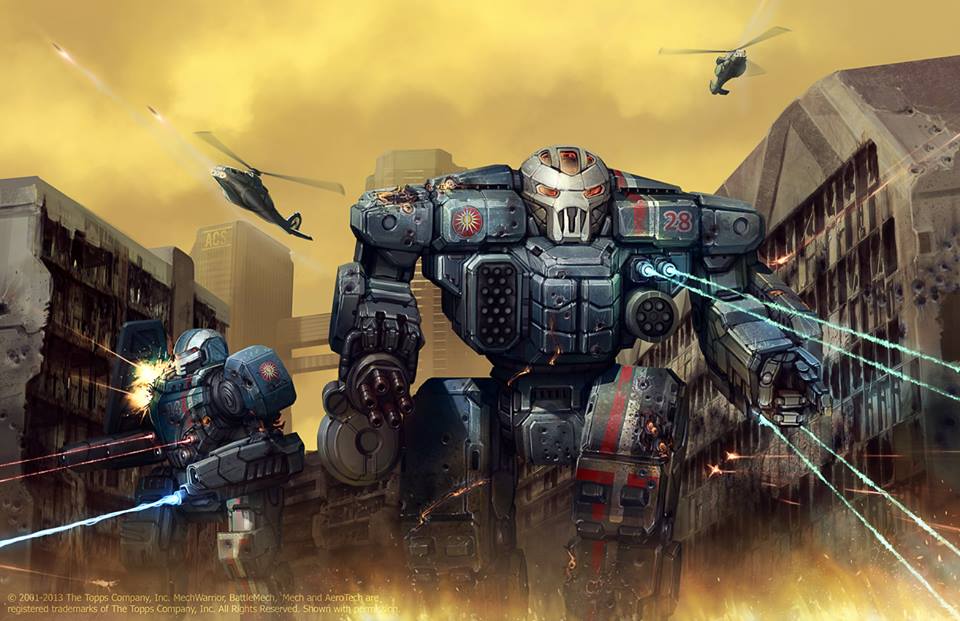 An old friend recently offered to run a Battletech RPG campaign for us. As a long-time fan of the board game and the Battletech universe I was actually overjoyed and immediately started to think about my character. The whole group talked about the idea and in the end we decided that we wanted to play Inner Sphere mercenaries. And start the campaign just before the Clan invasion.

Initially the plan was to use Mechwarrior 2nd Edition since it was written with the early Clan invasion era in mind. But later my friend told us that he preferred using A Time of War, the most recent edition of the Mechwarrior rules. Even though I own the rules basically since day one, I haven’t had the chance to play the game yet and from what I remember it was a great improvement over the somewhat weird 3rd Edition. 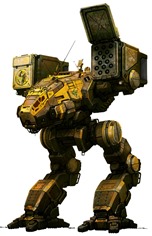 The group will consist of three players (the GM’s wife, my girlfriend, and me). Since our group is a bit small, we’ll each run our primary characters (which will be Mechwarriors) but also take control of secondary characters like technicians, aerospace fighter pilots and so on. Hopefully we’ll create characters this weekend but it will probably take a few more weeks before we can start the campaign. We already picked our ‘mechs (yes, our GM is very generous man). The GM’s wife chose a Thunderbolt, I picked the Warhammer (probably in the Liao variant), and my girlfriend decided her character should pilot a Catapult. One of the lancemates will be a NPC and we thought it would be nice to have at least some scout-capability, so the NPC will get a Phoenix Hawk. Our GM already told us that there will be opportunity to upgrade and/or modify our ‘mechs later, so I hope I can get my hands on a Nova Cat later (which is my favorite Clan mech). I keep my fingers crossed. 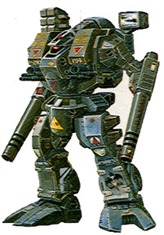 I am extremely excited to play a roleplaying game in the Battletech universe. Battletech was basically the game which brought me into roleplaying, since it were my BT-playing friends who introduced the concept of roleplaying to me back in the early 1990s. I have played most of the BT computer games, and have played the board game sporadically over the last years and even introduced my girlfriend to it. She’s not an avid fan but she enjoyed the boardgame and is always up for a roleplaying game where she can cause massive destruction and wield big guns.

Has anyone of you already played or run A Time Of War? If so, could you share your experiences? Is there some advice you can give novice players? Please post your comments below!