Welcome back dear reader. It’s Friday! And we’re on day 5 of #RPGaDay 2016. The question for today is…

August 5: What story does your group of players tell about your character?

Again, like on day 3, a hard question for me. I rarely play a character; I’m usually the Game Master for my regular gaming group. My list of characters is very short, and of my current group of players, only two have been in a campaign where I have been a player as well. They can’t really tell stories about my characters. However, there is one story I think the players that were there when it happen do tell when we get together. The time my character did a preemptive human sacrifice! Ok before you judge me, allow me to tell the story… 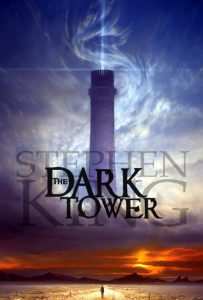 This was a modern horror campaign my friend José Fernando Bellavista was running around 2005 or 2006, based on the Dark Tower series by Stephen King using the d20 Modern rules. Back then I had not read any of the books in the series, so my knowledge about the Dark Tower, the Gunslinger, etc. was mostly second hand information gleamed form the geek circles I hung out with. (Confession time, after playing that game, I’ve only read the first book in the series didn’t really enjoy it and have not read anything else, but I did read the comics briefly and I’m looking forward to the film.) The game had been running for a couple of sessions when I joined, so I made a character that had a motivation to go to the sleepy little town the other characters were investigating. 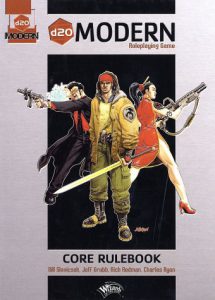 He was a reporter, a pragmatic hard-nosed investigative journalist, a skeptic through and through, who had in the past investigated a serial killer whose murders were seemingly full of occult connections. As part of his background the reporter, and I can’t remember the name of the character right now, made every effort to debunk the occult connections presented in the press and paint the serial killer as a delusional madman. This enraged the killer who kidnapped and tortured him, but during this grueling torture, he saw things which shook his core beliefs. Police saved him, killed the serial killer and the reporter spent months recovering in the hospital. Upon his release he went back to work, but he was a broken man, medication, therapy and self-delusion convinced him that what he saw was not real, and he end up going to the locale where the adventure was taking place to find answers once al for all.

I played him as such, a broken nervous man who wanted answers but feared what he would find. I joined my fellow players PJ and Pierre and we ran into possessions, rituals, creatures, but by the end of the gambit we were in a church where an entity was about sacrifice the nephew of a fellow player’s character as part of some foul ritual. As far as my character understood it, and his knowledge on it was spotty at best and he was at his breaking point, the creature itself had to kill the boy to complete the ritual. We could take the boy and run, or hide him, but those were all temporary solutions, my character saw just one way out of it. He killed the boy himself!

The look the Game Master’s face was one of total confusion. The look on Pierre’s face, he was playing the kid’s uncle, was one of utter disbelief. I’ve been friend with these guys for decades, I wouldn’t pull this on people I didn’t know this well. Still it was an unexpected turn of events and sent the campaign in a totally different direction. José adapted and went on to run one of my favorite games of his I was lucky enough to play in. For me, my character had lost his mind, killing the kid was the last straw, and he meant to take his life there and then, but this being a game, the other characters didn’t allow him to, the uncle of the kid and my character were forced to work our differences out as the town was sent into another world of peril and adventure, and my character slowly recovered, but was never the same.

Wow, I realize that was a really dark story… What must you think of my games! I assure you, not all my games and my characters are that dark.

So, what stories does your group tell about your character? Let us know in the comments. See you tomorrow what gaming groups do for their community!

What about Pathfinder? A review…