Yesterday InXile Entertainment released Torment: Tides of Numenera, the long-awaited computer role-playing game set into Monte Cook’s Ninth World. In a way it’s also a spiritual successor to Planescape: Torment, which was based on another of Monte Cook’s work. Usually we don’t talk about computer and video games on this blog, but today I want to make an exception.

Torment: Tides of Numenera doesn’t have the best graphics and if you were hoping for full voice-acting I have to disappoint you. It’s first and foremost a game for people who don’t mind reading a lot of text. But in my opinion this combination of simple graphics and text make it much easier to immerse deeply into the game. You have to fill in the blanks with your mind, which should come easy to most roleplayers. 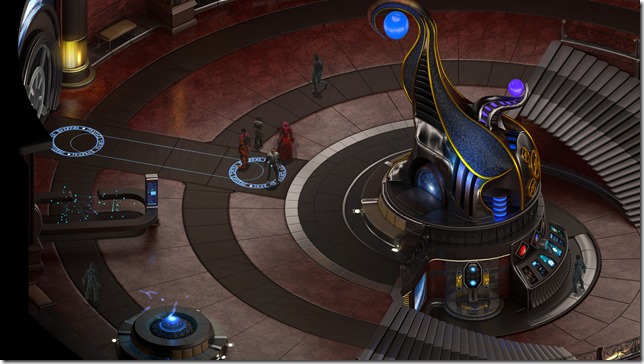 The game is set into the Numenera universe created by Monte Cook and uses the rules from the pen & paper roleplaying game. At least it’s a pretty close approximation. While playing I noted a few odd things, that I couldn’t remember from the tabletop game, but perhaps that’s just me … or my bad memory. Unfortunately the character creation is not as open as I hoped for. If I am not mistaken you never choose your Focus, but that might be because you play not just everyone but a Cast Off, a former body of the “Changing God”, a powerful nano, who transfers from body to body in order to prolong his life.

I have played the game for about 6 hours so far and I’ve encountered a lot of strange characters, weird places, interesting stories and overall a strong sense of wonder. The world depicted is of course a bit different than how I personally envisioned the Ninth World, but it’s definitely close. From what I’ve seen so far, the main story slowly begins to unfold in the first few hours but the real strength of the game are the awesome side-quests. I don’t want to spoil anything, but let me tell you, that in these quests your approach to the situation and your character’s ability really change the outcome of said quest. Unfortunately this is way to rare in modern computer roleplaying games. 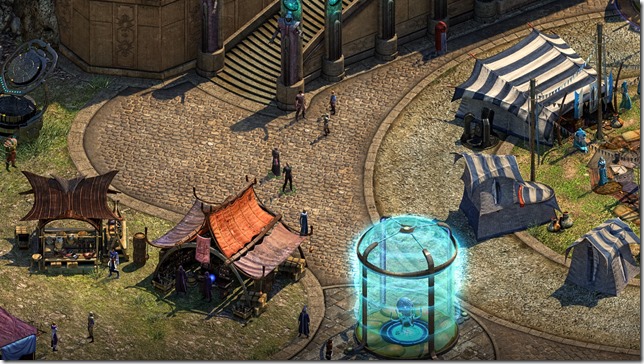 While it’s definitely not the most visually stunning game, the soundtrack is just pure awesomeness. It was composed by Mark Morgan who also created the soundtrack for Planescape: Torment and the first two games in the Fallout series. Most of the tracks are atmospheric in nature, but there are a few memorable pieces. In my opinion the soundtrack is perfectly suited as background music for your next Numenera tabletop session. 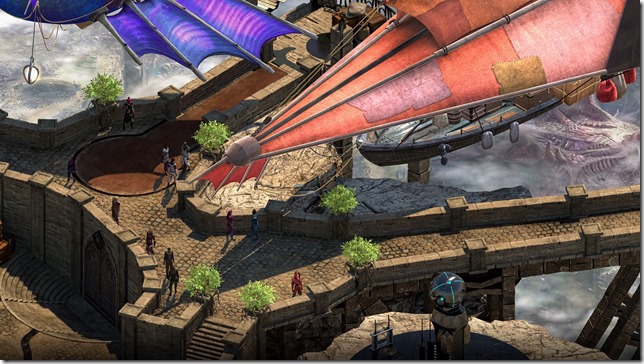 If you have at least some interest in Monte Cook’s Numenera and if you enjoy computer and video games, you definitely should check out Torment: Tides of Numenera. It’s not only a great game on its own, it’s also a great way to experience the Ninth World even if you don’t have someone running Numenera for you.

Torment: Tides of Numenera is available for PC, PS4, and Xbox One. You can get physical copies of the game for all three platforms, but if you can’t wait that long, I recommend getting the PC version digitally from either GOG or Steam.

Disclaimer: This first look of the game is based on my experiences during the beta phase of game development. I am also one of the people who backed the project on Kickstarter. I can’t judge on the console version of the game since I only played it on my PC so far.