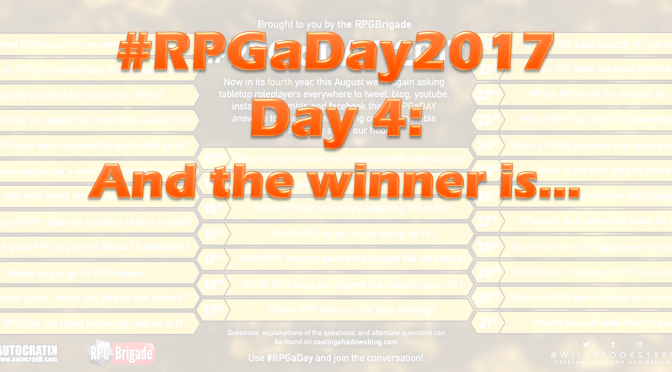 Day 3 is in the dustbin… We’ve made it to Friday and day 4 of #RPGaDay2017! With the weekend around the corner and the possibility of some leisure time, let’s relax and jump right into the next topic.

August 4: Which RPG have you played the most since August 2016? 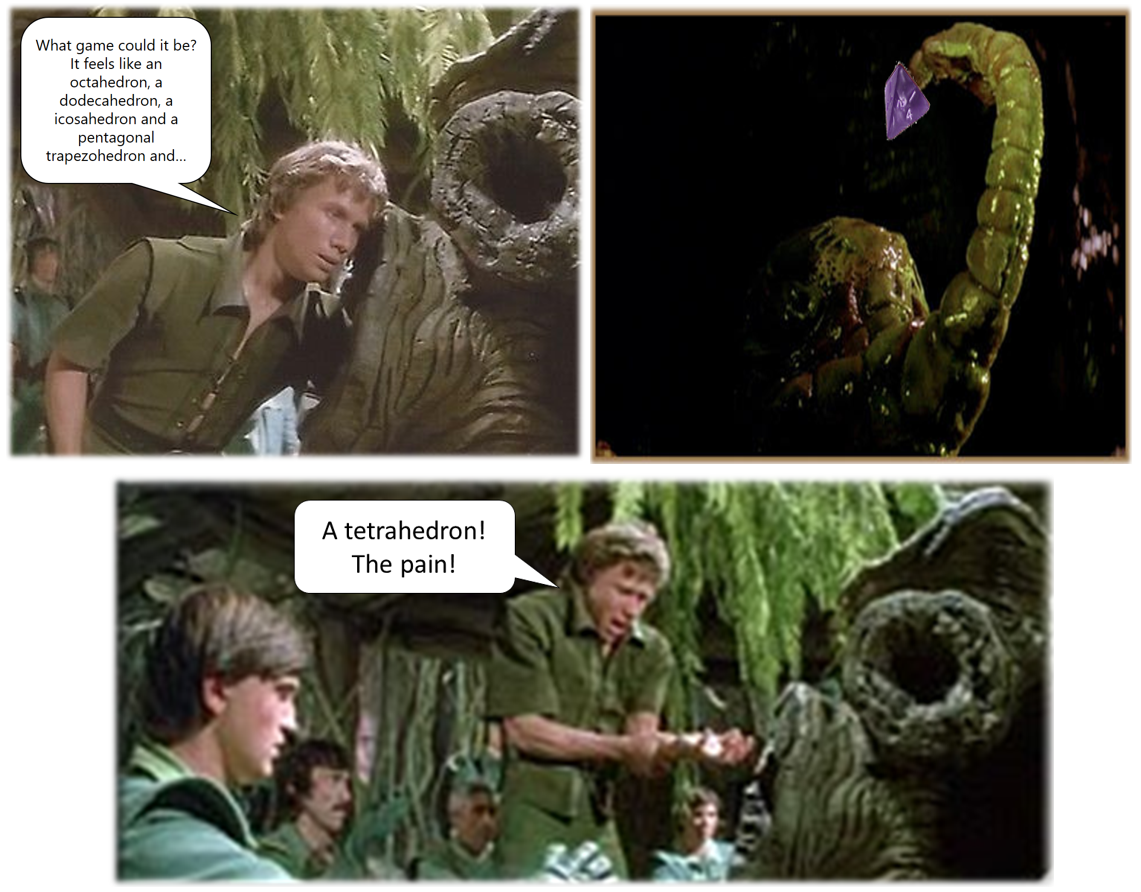 These past twelve months since RPG a Day 2016 have been particularly fruitful in the role-playing games department. I tend to run long campaigns, and that means often sticking with one game for well over a year. Unless I try something different at a Geeknic, some years I play just one RPG. This year has been different. First, I decided to participate in the Alternity playtest and got a group of friends together to play at our FLGS The Gaming Pit.

After that game, some of us got together and started a new project, Desde la Fosa, a vlog about RPGs in Spanish. As part of Desde la Fosa we record actual-play videos so I’ve gotten to play and run more games than I usually do. I’ve played classic Star Frontiers, Silent Legions, and Torg Eternity!

With my weekly gaming group, we also played three sessions of The End of the World Zombie Apocalypse. That means that I’ve played five RPG games since August 2016. So, which one was the fifth one? What was the RPG I’ve played the most since last year… Dungeons & Dragons 5th edition! 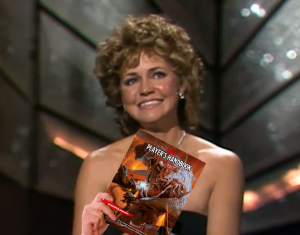 If you follow me on social media that will not be a surprise. I post and tweet about it often enough. But if you’re a casual reader of the blog and remember my past posts about D&D you might be a little surprised. When D&D 4th edition came out I gave it a try, did not like it and moved on to Pathfinder. I even compared the separation with a breakup. But when 5th edition came around, I gave it a try… and I liked it! That means D&D and I got back together. Who says there are no second chances!

This very week last year we played the 19th session of the Dungeons & Dragons campaign. This past Tuesday we played the 62nd session. I also ran a D&D one shot at a Geeknic and for my friend Tony Rosales when he came to Puerto Rico, so with over 45 sessions since last August D&D is the game I’ve played the most.

What RPG have you played the most since August 2016? Let us know in the comments or share your response wherever you post it. Have a wonderful day, see you tomorrow!

In the YouTube channel of Desde la Fosa you can see a video by Anibal Delgado about which game he has played the most this past year. You can see the video, in Spanish, below:

(Hope everyone got the references on the post’s images…)