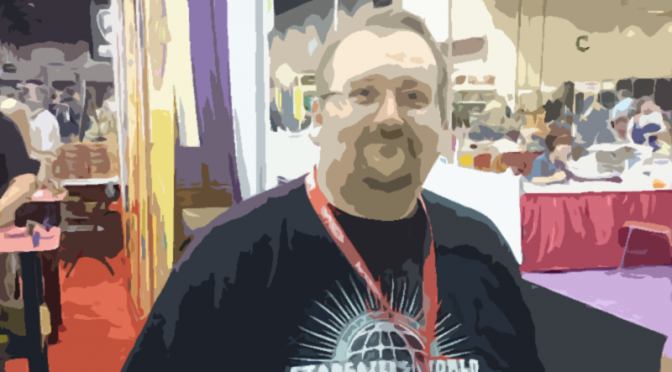 A couple of days ago this blog has had its 9th anniversary. Over the last nine years 18 authors have written more than 1800 posts about roleplaying games, board games, and other nerdy topics. This blog has always been a celebration of nerd culture. What I’ve always tried to achieve is to make Stargazer’s World an interesting blog for roleplaying game fans of all kinds: female, male, transgender, OSR fans, story game enthusiasts, gaming veterans, and new players.

An anniversary is always a great opportunity to think about the past and today I’ve decided to share a few personal thoughts. When I was a kid, I was shy, felt awkward most of the time. I was looked down upon by my peers because of my hobbies and the fact that I actually enjoyed learning. On the other hand I was always on good terms with my teachers. I was a nerd.

Eventually I discovered roleplaying games. First in the form of computer games, later at the game table, and especially the latter opened a whole new world for me. Roleplaying games allowed me to – at least temporarily – throw off the awkwardness and be someone else. But even then I was still the target of jokes. I am sure my fellow players didn’t think much of it back then, but it still hurt.

It was at university when I first took up the GM’s mantle more regularly and it was another boost for my self-concience. Of course being a GM was not the only cause for this, but I think it was one important aspect. But my life really changed years later when I decided to start this blog. For the first time in my life I felt as part of something greater. It became easier for me to go out and meet people, make new friends. Suddenly I was among a group of like-minded people which respected my opinions, my ideas. With the release of Warrior, Rogue & Mage I even turned into some kind of minor celebrity. I am still amazed and humbled by how people reacted to my game. Suddenly I was *someone*.

Sure, I am still irregularly suffering from anxiety and depression. But I am not feeling like the black sheep anymore. Nowadays I can openly be a nerd and show it proudly. I don’t have to hide anymore. For me personally the one thing which made me an outsider as a kid eventually turned out to be the one thing which gave me strength and support later in life. So everything’s great, yes?

Unfortunately it’s not that easy. In this day and age being a nerd is not always as great as I wished it to be. The nerd community has – in part – become a somewhat toxic place, and more often than not I feel ashamed of some of my fellow nerds, geeks, and gamers. I’ve always tried to do the right thing, to be a good person. Often I was angry at myself for not doing enough. People have told me that I am a Paladin at heart. Perhaps, perhaps not. But I know that I hate injustice and when people are bullies. And we have a lot of bullies in our community. People, who feel threatened by change, diversity, strong women, people of color, transgender people.

Sometimes I am tempted to go into hiding again. I really don’t want to be associated with these people. But I have fought my whole life to be able to call myself a nerd without repercussions, and I don’t want to give up easily on this. My hope is that we can all together make the nerd community a friendly place for everyone. It might be a lofty goal, perhaps even impossible. But that’s what you need Paladins for, to hold up the unreachable ideals…

Thanks again for the readers of this blog, my fans, the friends I made along the way, the authors of this very blog, everyone who helped to keep this blog alive and everyone who ever posted a comment. Thanks for bearing with me! Thanks for the last nine years and many more years to come!

On a more personal note

Telling the story my way…

Another news scare-story about D&D from the 80s

2 thoughts on “An Anniversary, A Personal Story, and Nerd Culture”