Greg Saunders is currently kickstarting the 2nd edition of his Summerland RPG. You might remember him from his SF roleplaying game Exilium which I wrote about on this very blog. I also had the chance to interview him back then.

Summerland has actually been first released about 10 years ago and is IMHO a very intriguing and original post-apocalytic roleplaying game. In Summerland the world has been destroyed by a vast forest which appeared overnight. The Call lured people into the forest, where some slowly lost their will and eventually even forgot that they are human. The player characters are among the few humans able to resist the Call. But this resistance comes at a price – the demons of the past are what shield them but the player characters are also haunted by their past.

Like Exilium, Summerland is not just an adventure game set into an exotic world, it does what all good science fiction does: it asks fundamental questions about the human condition. Both Exilium and Summerland might not be for everyone, but if you don’t mind some philosophy thrown into your games, both games are definitely worth a look. 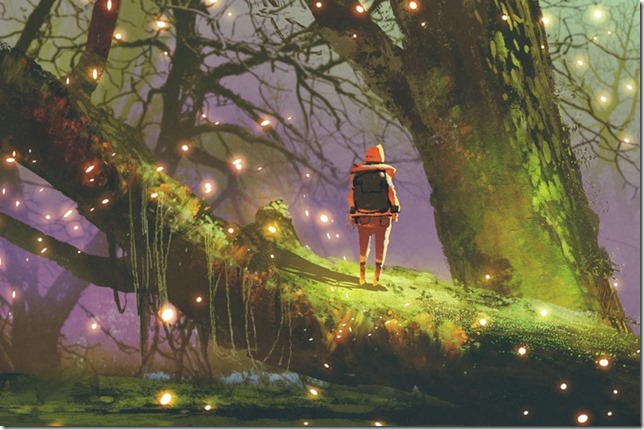 The 2nd edition will be featuring full-color artwork created by Tithi Luadthong and new game mechanics based on AntiPaladin’s MiniSix. The original Kickstarter goal of £3000 has already been reached after just four days, but if you’re interested you still have about 25 days to decide whether you want to support Greg’s project or not.