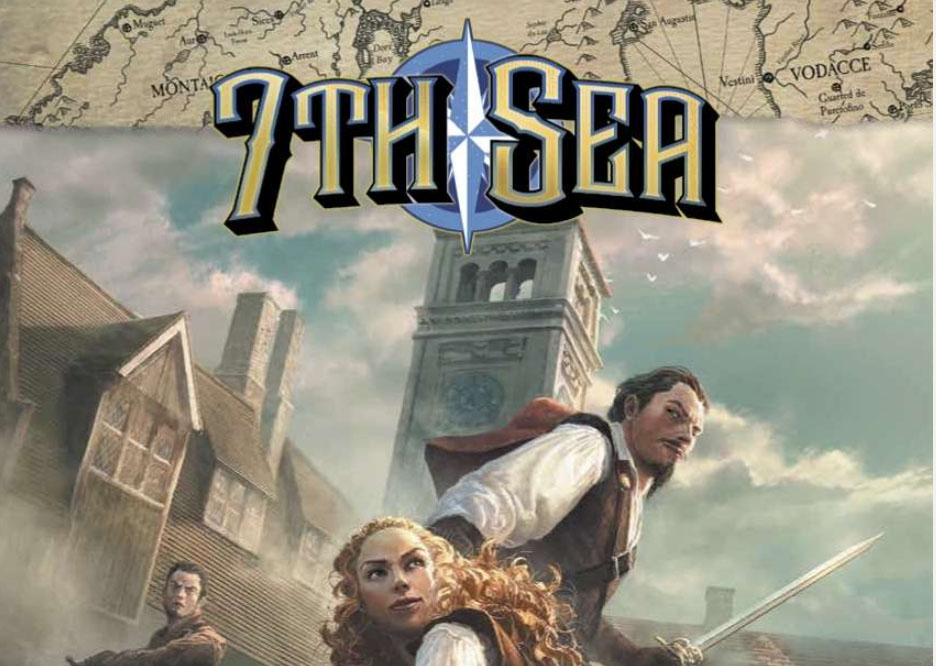 I have been quiet for nearly a month but it is not because I am shirking. I have been busily reading rulebooks and play testing games.

I have finally finished the 7th Sea 2nd Edition Core rulebook. I started looking at this in my last post Reading Up On 7th Sea. I love this game and although I have not been able to play it yet parts of it has already sneaked its way into other games I am running, more of that later.

What I am finding frustrating is that 7th Sea has really grabbed my imagination but I have no one to run it for or for me. You all must know that I am a fan of solo rpg but this is one game that completely defeats my efforts to solo play. The demands to be creative on both sides of the screen do not fit with a single person playing both sides and all the NPCs.

I have both the original and 2nd edition of 7th Sea and I do think the new version is an improvement. I absolutely love the hero creation rules.

Over in Rolemaster land we have an unusual situation of a supposedly public beta version of the rules being available for play test but the changes to those beta rules generated by testing are a secret. There is not going to be a third play test version and no one is going to see the modified rules or should that be finalised rules before it hits the shelves.

So the problem this causes me is that we know the beta rules have problems and parts are broken but we don’t know what fix the writers have decided upon. I have a play test game running but there is no point in calling it a play test at all as I am having to house rule around things. So in effect I am not play testing at all, I am playing a home brew version. So this is where 7th Sea has ‘infected’ my gaming. There is an element of the hero creation, hero stories, that I think is brilliant. It also makes sense of the experience rules in the new version of Rolemaster. So I have now woven hero stories into my new game.

Of all the parts that make up an RPG I think character creation is probably the most important. If you don’t want to play the character you get at the end of it then there is no fun in playing the game. This is something that 7th Sea 2nd Ed. does supremely well. It is just a pity that my players cannot see past hack and slash. 7th is definitely not a game for murder hobos!