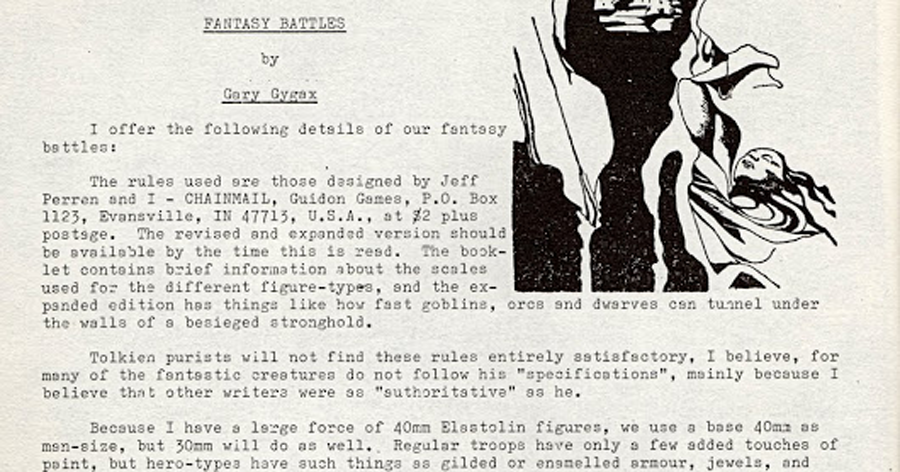 The origins of D&D always fascinated me. For me it is very exciting to learn about the early days of our hobby, where fantasy roleplaying came from, and how certain aspects made it into the game.

Earlier today I stumbled upon two articles on the DM David blog which I found particularly enlightening:

In the original D&D rule books, the combat system that everyone used appears as the Alternative Combat System. “Alternative” because players could just use the combat system from Chainmail instead. When Dave launched Blackmoor, he tried the Chainmailsystem. But it focused on battles between armies sprinkled with legendary heroes and monsters. For ongoing adventures in the dungeon under Castle Blackmoor, the rules needed changes. Original Blackmoor player Greg Svenson recalls that within about a month of play, the campaign created new rules for damage rolls and hit points. (More recently, Steve Winter, a D&D designer since 1st edition, tells of playing the original game with the Chainmail combat rules.)

If you’re interested in the history of our hobby like me, you definitely should check out DM David’s blog.

The End of The Forge