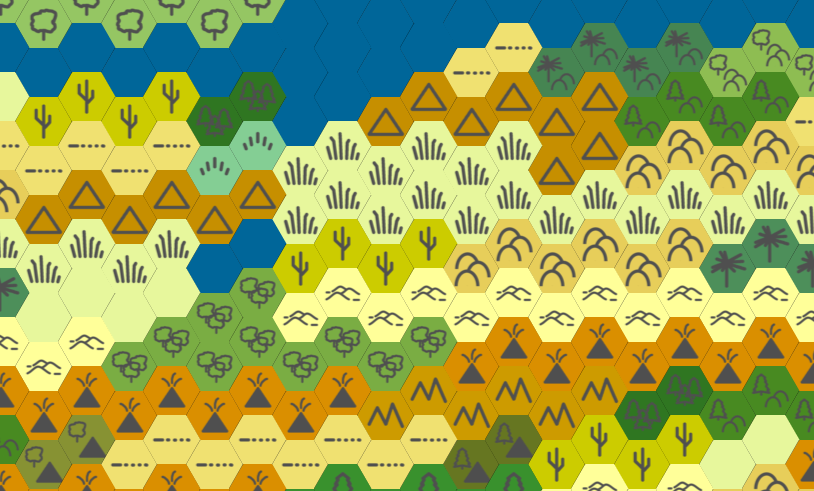 If you have followed my blog for a while you surely must have noticed that there’s a certain white whale I am hunting for years now: an old-school D&D sandbox campaign. I’ve made several attempts to get one up and running, I switched around between various variants of the rules, sometimes abandoning D&D completely. Campaigns meant as sandboxes became more regular campaigns, and more often than not, I quickly burned out on running roleplaying games in general.

For years I have struggled with how the get things started. I either didn’t plan enough and relied on my improv skill alone or I overplanned and quickly felt overwhelmed, the fun draining out of me, like blood from a festering wound. But I think I finally found solutions to my problem. In his blog ChicagoWiz’s Games and his podcast The Dungeon Master’s Handbook he thoroughly explains his approach to old-school sandbox gaming and even provides us with countless campaign starters.

The idea behind his “Three Hexes Campaign Starters” is quite simple. You start things small. At first you come up with a short campaign idea. What is your world all about? Then you place a homebase (like a small town, keep, etc.) on your hex map. In addition to this you should come up with three interesting places to explore and place them onto the map adjacent to the homebase. This should give your players a couple of options on what to do next without overwhelming yourself of the players. Last but not least you should have three important NPCs ready: one where the party can buy new equipment and supplies, one where they can sell their loot and last but not least someone who helps them with acquiring new loot. That can be a patron providing them with incentive to explore the wilds beyond the homebase or it’s an old man sharing rumors and legends with them.

You can then expand on this by adding more hexes, more locations, more NPCs as needed. You don’t have to plan out more than what you can use in the next session. It also should provide enough options without paralyzing the players with too many option. If you want to learn more about Michael’s ideas on starting a starting a sandbox campaign, I highly recommend his post titled “Just Three Hexes”.