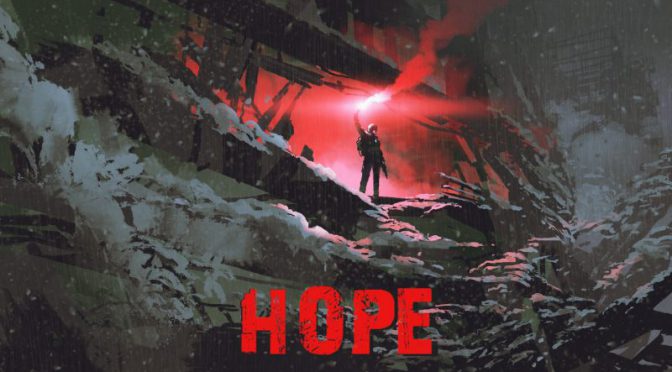 I randomly generated a mission, to raid for armory resources, and followed through to create random challenges.
Starting play I didn’t use the travel rules as hex crawling it really not my thing. That being said there is a 8 step procedure for hex crawling that will create the world before the characters complete with encounters with mutants and caches of resources.

My adventure started at an ambush, there was a raging sand storm and dragged across the road was a rusted out wreck of a school bus. Our truck slowed down suspecting a trap but the raiders had second guessed us and set their ambush so far in front of their barricade that our cautious position put us right on the perfect ambush site. There was a short fight during which my PC was thrown clear of the truck just before it exploded. The attacker was a huge humanoid that appeared to be covered in chitinous plates of natural armour.

The beast quickly disappeared into the swirling sand carrying the inert bodies of two of my team. On investigation of the wrecked truck the fourth member was clearly dead. I scavenged what equipment I could from the wreck and set off the track the beast. I had noted the direction it went and had a compass. As it turned out it was heading straight up the road past the old bus and towards the point marked on our mission maps for an old arms dump.

I followed as best I could until I reached what appeared to be the dumps location but was confronted with a forest of giant fungi. Approaching cautiously I was caught out when it started to belch out spores that made me dizzy and eventually blacked out. I regained awareness to find the fungus beating down on me but I struggled to crawl out of the mutant plants reach. My body armour had protected me from the worst harm but I wasn’t about to go in there again.

I had no means of making fire, which was my first instinct. I prowled around the bunker looking for a way in and eventually I found the egress point but still needed to get past the mutant. Finding a point where the wind would carry the sound of my rifle away from the bunker, I doctored some bullets to make flare out on impact, hoping that would do more damage to a fungus than a neat hole from a bullet. It took a fair few bullets to eventually rip the visible parts of the fungus to shreds but eventually I had a clear path.

Once I got to the door it was clear that the locking mechanism had been destroyed long ago and I could slip inside. What I was faced with looked like a giant nest made of all the wreckage of furniture from the original interior but no massive mutant or comrades. There was an open door leading to a passageway that turned out to be a gantry at ceiling height looking down on a cavernous warehouse of military gear. This is far more than we had been lead to expect. It would never have all fitted into our truck. A movement caught my eye down on the concrete floor.

The beast was down amongst all the crates. I unslung my rifle slowly hoping it hadn’t seen me. At that point I realised it was feeding and it was feeding on one of my colleagues. I carefully took aim and opened fire. I hit the beast and certainly got its attention, it then charged up the gantry towards me. A lucky shot brought it down as it was about to smash me into a pulp.

I very cautiously investigated the rest of the weapons dump and unfortunately my colleagues we both dead. There was a garage at the back of the place with a jeep, and that probably saved my life. I loaded it up with what I could. Secured the place by blocking the main entrance with debris from the nest and then tried to get back to Hope settlement.

All of my playtest was randomly generated, from the stats for the mutant fungus to the beast living in the weapons cache. My mission was to raid for just a handful of arms resources measured in in ‘units’. The random encounter actually specified an entire arms cache.

In this adventure I got to test drive the random adventures/missions, the skill system and combat. All in all it was fun to play and worked quite well. The negative was that the playtest PDF is scans of pages and as such you cannot search it for text. That lead to a lot of scrolling back and forth to find rules. The playtest rules are 79 pages so I was disinclined to print them off, although that would have solved the problem.

If I was running a session for other people I also would not be rolling for random events during the session. A little prep goes a long way in making games play smoothly at the table. The small adventure above took about two hours to play out from starting character creation to jumping in the jeep to head home. The key moment was rolling a critical for my attack in the round where the beast was in melee range but I still had my rifle loaded and ready to fire. If that attack had been anything less than a critical then the balance of power would have been very much in the mutant’s favour.

Does the game work, yes it does. Was it fun? Yes it was.

The combat is very dangerous and it could easily have turned into a TPK. If you are going to fight then at a distance and behind cover is by far the best idea.

I am not too sure about the setting. It is set 200 years after a nuclear armageddon and to my mind I cannot imagine that much 20th century military hardware surviving for 200 years. I was imagining it to be nearer nearer 20 years than the described 200 but that is personal choice and foible.

The game is a fully funded kickstarter  and it is in the process of unlocking stretch goals.

HOPE is a fun game, a bit more bleak than MY:Z but definitely in the same vein as MY:Z and Gamma World.

Is there still hope for Open D6?