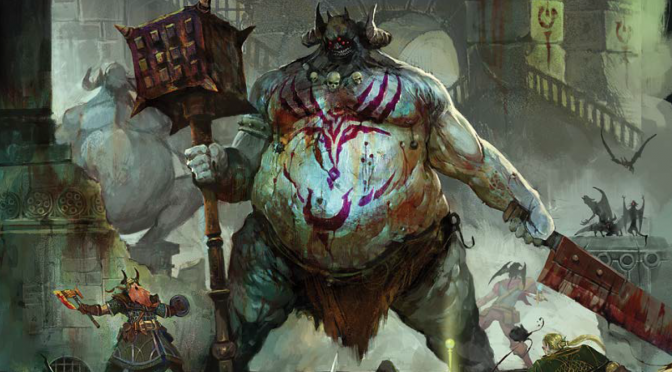 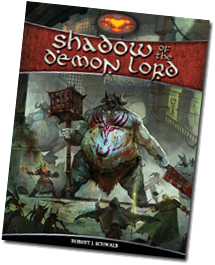 This morning, when I thought about writing about Shadow of the Demon Lord, I was totally amazed that I haven’t actually mentioned it on the blog at all. Robert Schwalb’s Shadow of the Demon Lord is an amazing dark fantasy game which rested for too long on my shelf basically unread. I bought the hardcover book back in December 2016 but I now finally had the time to give it a closer look.

Shadow of the Demon Lord was influenced by a lot of games and settings I love. The rules remind me of a streamlined version of D&D combined with Novice, Expert and Master paths reminiscent of Warhammer Fantasy Roleplay’s careers. The setting, the world of Rûl, takes inspiration from the classic Warhammer World, but also from the fantasy-noir world of Eberron and the steam-fantasy setting of the Iron Kingdoms. This melange of different influences could easily end up in a weird Kitchen Sink setting, but Robert Schwalb managed to make everything fit together neatly. 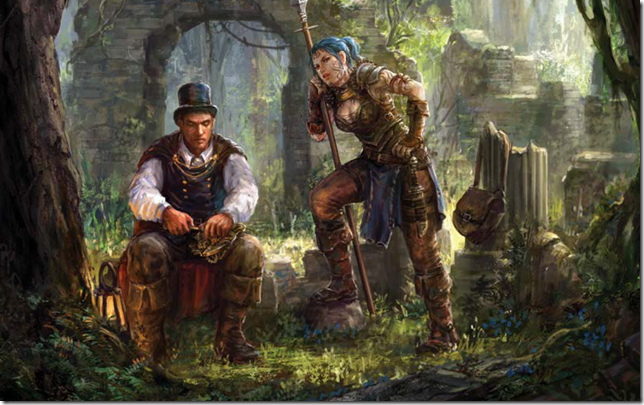 When I first picked up SotDL I thought it might be an interesting alternative to Warhammer Fantasy Roleplay with a more modern and D&D-like ruleset. But it is so much more. Over the last few days I realized that SotDL is a flexible rule set which could be used for more than one setting easily. There is support for Green Ronin’s Freeport setting with the SotDL Freeport Companion. Schwalb Enterprises also released a sourcebook for Mad Max style gaming called “Godless”. People have also used SotDL for games set in Eberron, the Forgotten Realms, and even the Warhammer 40,000 universe. What makes SotDL so easily adaptable to other settings?