Today’s Penny Arcade comic is about the cosmology of D&D 4th Edition and if you ask me this version is much more accessible and less confusing than the cosmology we had before. But of course that doesn’t keep Tycho from adding his special touch to it. 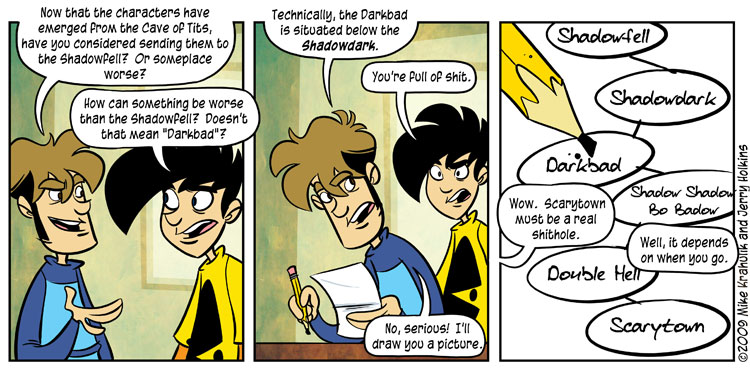 So, what are your thoughts on the 4th edition cosmology? Do you like it, or do you prefer the old Great Wheel cosmology?