Warning! This post may contain some minor spoilers for the Trail of Cthulhu introductory adventure . 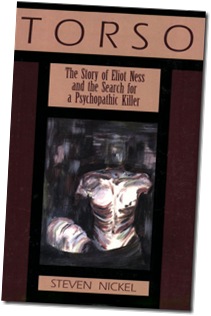 The Trail of Cthulhu introductory adventure which you can find in the back of the book is actually based on a real series of crimes that have been committed in Cleveland. After I’ve run the first half of the adventure I then decided to get the book that Ken Hite obviously used for research on the case.

The book called “TORSO – The Story of Eliot Ness and the Search for a Psychopathic Killer” by Steven Nickel is recommended reading for everyone interested in running this adventure. Not only does it give you additional background information on the US in the 1930s, Cleveland and the case itself, but the information about the persons working on the case, the suspects and the victims might help you to flesh out the NPCs. The middle section of the book even contains a few photographs that would make perfect handouts for your game. If I ever run the adventure again for a different group, I will probably create a file consisting of the handouts contained in the ToC rule book, the photos from the Steven Nickel book and some mock-up newspaper clippings. 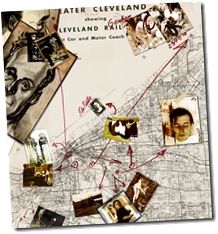 I have to admit that I regret not having bought “TORSO” earlier since my descriptions of some persons and places is quite different from the real deal, so I can’t use the photos anymore (at least not without contradicting myself).

I’ve also found a great high quality map of Cleveland especially created for the adventure which contains photos, handwritten notes and more. You can download the full 4 MByte version of the map here. I don’t think printing it on a regular printer might do the trick, but if you find a copy shop that can do prints in DIN A3 (or a similar format) the results should be much better. The map is very detailed and will help the players to get a better feeling of the area where the murderer dumped his victims, which has some significance to the plot.