It seems Penny Arcade joined the discussion about a court’s ruling to take away a prisoners D&D books, too: 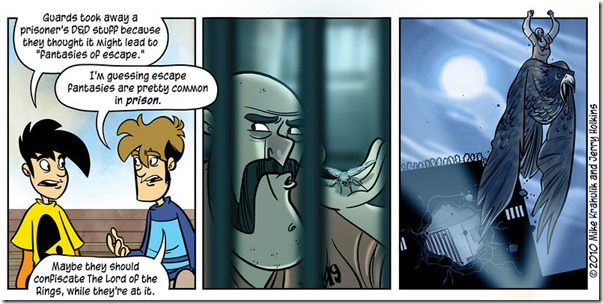 One commenter also provided us with two links to websites with further information on the court’s decision:

No D&D for you, if you are serving life

Driveby Nerfing! The recent Wizards of the Coast update to D&D 4th edition…

One thought on “No D&D for you, if you are serving life (Update)”