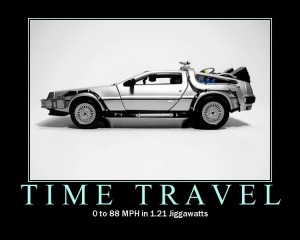 There are just a couple of mottos I try to stick to when playing a roll playing game. When I am DMing, one of those mottos is:

“Treat your players how you would want to be treated”.

This motto can cover all aspects of game play and make a more enjoyable game for all involved.

Today I want to talk about what happens when a player is missing in action. It’s happened to all of us. You are getting ready for your weekly game and then you find out that one or more players can make it.

Now if I was a player in Dungeons & Dragons, and I could not make it to a game I selfishly would not want the rest of the group to play with out me. So when I know a player is not going to be able to make it to a game I want to accommodate that the best I can. I do so by playing a flash back game. This allows everyone else to still play the game but the story line does not advance because we are doing an adventure that takes place in the past.

Flash back games are when you take the player characters back in time to play out something in the past that has only been hinted at, talked about, or it can be a completely random adventure. You can go back in time to when all the characters first met or you can inject an adventure and just say it took place before the last adventure when the missing character was off doing something else.

Having players write a back story for their characters can be very helpful for this. 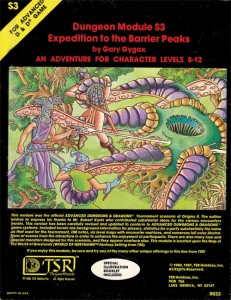 I recently did my own version of an old D&D module, “Expedition to the Barrier Peaks” with great success as a flash back. In a nut shell it’s an adventure where the player characters stumble upon a UFO.

One time in a flash back game I took my group of players back to when they first got together. I was asked by one character:

“Does this mean we have to down grade our character to level one because we did not have all these level 10 powers back then?” I answer with, “no you don’t.” Then with my best poker face I said “Your players are actually all at maximum level. Your characters already have all the powers they are supposed to, they just never needed to use these powers back then“.

Everyone nodded and accepted my logic as law and we went on and played the flash back encounter.

RPG a Day 2016: The League of Extraordinary Former Players – Day 14

Carrot on a stick! Rewarding players for creating character background.

2 thoughts on “When Players Are Missing In Action”