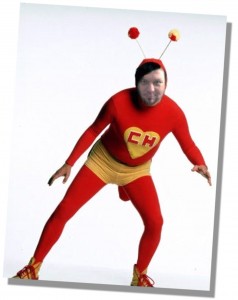 In my years as a Game Master I’ve run a lot of campaigns, fantasy, sci-fi, modern, space opera, but no genre has proven as difficult as the superhero game. Sometimes I muse about why that is…

Superheroes are everywhere, comic books, animation, movies, heck one of the features everybody kept talking about when the iPAd came out was “you can read comics on it!” So why are superhero games not more prevalent? Sure they have been well represented in role playing games for a long time, from the Champions to licensed games like the Marvel and DC games in the 80s, to modern games like Mutants & Masterminds and Necessary Evil. It’s not my intention to discuss the features or game designs of theses games, but instead ask the larger question, why are there not MORE super hero role playing games? I have no hard data on this, but from anecdotal experience, the superhero share of the role playing market is small.

“I’m a warrior! And I’m a corporate spy. Me? I’m a fire breathing shape shifting psionic knight from a distant planet…” Hear the crickets in the distance?

That may be a little facetious, but even if you break down superheroes into concepts, Brick, Sorcerer, Mutant, the sheer variety of powers makes supers games either too complex, or sometimes too simple for the taste of players. 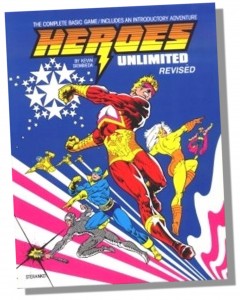 I’ve ran games using diverse systems, some lasted only one session, others have been a pastiche of comic books series, and at least one was a  detailed alternate history game through which I inflicted WAY TOO LONG world history hand outs upon my players. Strangely the one campaign I felt was a success was a game using Palladium’s Heroes Unlimited. I can tell some of you are shaking your head in disapproval, but once upon a time I was a fan of Palladium games. I might have recognized there were some problems with the system, but it was full of great ideas and most importantly of all we enjoyed it.

The advice on the list may well be good for ANY kind of game. Others might have said it before or even better, just realize it’s based on my experiences, your mileage may vary! Most importantly, enjoy the game you play. If you are not enjoying it, they why are you playing?

I’m looking forward to know what your experience with superhero role playing games has been. Please share with us your thoughts or ideas on the matter! Thanks for reading.

PS – For those of you wondering, about the first picture, that’s me as the famous Chapulín Colorado!

The D6 System needs your love