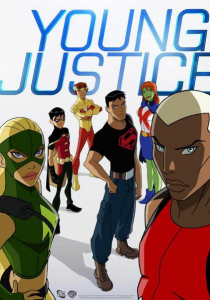 Warning: This post is a mixed bag, part reflection on my current campaign and the lessons I’ve learned from it, part an overview of recent sources of inspiration and sharing a handout I’ve developed for the game.

Last night I played the 8th session of my group’s newest RPG campaign, Dawn of a New Age, about which I’ve written about before. I’m using the Mutants & Masterminds 3rd edition rules as they appear in the DC Adventures RPG. After 8 sessions I can say I love the system. There are some things I still need to look up and not all the players feel that they master the rules but so far this has been the best experience with any super hero based system. The rules are complex enough to satisfy the crunch factor we expects, while simple enough that once everyone has created their character, everything runs smoothly.

I had read M&M 1st edition and played in a 2nd edition campaign, but never Game Mastered it. I have thoroughly enjoyed it! Admittedly the players are a big part, they have embraced the game and I have strived to fulfill their expectations based on the questionnaires they completed before the campaign begun and ongoing feedback. So lesson #1 would be: Like in all relationships, a game flows better when there is effective communication. The rules really encourage a super hero game, from the changes in attributes, to the Complications and Hero Points.

I think the Hero Points are the one component that I still struggle with. I need to hand them out more in game and players need to find ways to work in additional complications in the game. I have found my players somewhat reluctant to give themselves complications early on the adventure so they can get more points to use later; I guess they just don’t like to fail. Despite this the game has flowed great and everyone is happy.

The concept of the campaign is that the players are among the very first super humans in the world and society around them is adapting to their presence. The players did not want this game to be too dark, but to have elements of realism and for heroes to become an object of media attention. So I began juggling what may have sounded like disparate ideas but it has worked out. Supers have become like celebrities to many while they are mistrusted and outright hated by a minority. The governments had a knee jerk reaction and tried to control and suppress people exhibiting powers.

A very interesting situation developed when two players, after confronting and destroying two Air Force jets, decided they would fly to Washington to talk with the President. They even tried to call the White House switchboard and let them know they were coming. Once they entered Washington airspace they found jets flying overhead, the city in full alert and a perimeter established around the White House.

Amazingly what could have easily become a disaster was averted when the players decided to surrender themselves to authorities and tell their side of the story while the rest of the players raided a secret army base gathering evidence that the armed forces were violating human rights and keeping citizens prisoner. The session was a real surprise because the players did the unexpected, I was able to craft a realistic response to their plan and even the players that missed the fight enjoyed it since they felt their actions had impacted the story. Lesson #2 would be keep it flowing, think on your feet and be willing to listen to your players.

After some time not reading comic books I’ve begun to get back into the groove as part of prepping for the game. I’m not buying individual issues, and, like I said in a previous post, I still think there is a lot of rehashing old stories for a new generation that I’m not interested in reading. But I’ve begun reading some stuff I’m really enjoying.

I’ve recently discovered Invincible, created by Robert Kirkman the guy who writes one of the few comics I still buy The Walking Dead. I’ve just begun reading it but I’m having fun. One of the players in the supers game brought various paperbacks for us to read so we could get into a superhero mood and I read Batwoman: Elegy by Greg Rucka. Great story, beautiful art, a pleasure to read, I just need to get the subsequent stories. 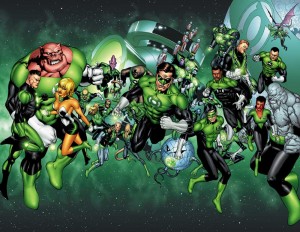 Another comic I’ve recently picked up is the Green Lantern re-launch that began some years ago by Geoff Johns. I am NOT a fan of the revolving door of death in comics and the revival old silver age heroes that were retired (Barry Allen I’m looking at you!) so I passed on this when it came out. The fact that I read Blackest Night, the “culmination” of the Green Lantern storylines over the last couple of years, and I was terribly disappointed, did not help the chances of me going back to what once was my favorite DC Comics hero!

Still someone gave me the paperbacks for this story and against all expectations I’m hooked. The magic of the old Green Lantern comics are there, and I whole heartedly agree with my friend Luis that the Green Lantern Corps comics are better than the Green Lantern series itself. I know that the end product of all these stories, Blackest Night, was not all it could be for ME but I’ll enjoy the ride there! Rediscovering all these comics is really lesson #3, sometimes you need to go back to the source with a fresh perspective to get some references and expand your horizons.

But like said in the title of this post, it’s a good time to be a supers fan. There are lots of supers games being supported, not only Mutants & Masterminds, but ICONS, the Hero System, and a slew of others, so you can take your pick. And not only are supers big in games and comics, they have gone mainstream! There have been good (Watchmen, Iron Man and the new Batman movies are personal favorites) and bad comic books movies (Fantastic Four, the pain!) and more are on the way like Green Lantern, Thor and X-men First Class.

TV also has a great selection of shows inspired by the supers genre. Despite past misses (you might have liked it but I HATED Heroes) there are two excellent shows about superheroes in American TV right now. Young Justice is a great animated series in the Cartoon Network full of teen angst, pulse pounding action and a reimagining of some classic, and no so classic, DC teen heroes. 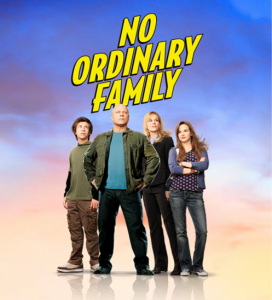 I also thoroughly enjoy No Ordinary Family. Since it has to do with a family dealing with newly acquired powers and how they fit in a world where there are no powers (this is not exactly accurate as the show progresses, but I don’t want to spoil if for you) it gave me lots of ideas for my campaign. Be aware this is a family show and it has some silly elements, but the tension, the plotlines and the family dynamics are a great source or ideas.

A third show currently on TV (and I have no idea for how long since the ratings are not that good) is The Cape! I have to admit that all the criticism you might have heard about it are true. Corny, campy, laughable, but I have embraced the camp. It’s everything a bad comic could be, but it makes it so fun (at least for me) that at the end of the episode I’m grinning. Watch it to see some tropes of comics translated to TV, to get some tongue in cheek ideas that may be lighten the mood in a supers game and what not to do in your game! Lesson #5, it’s good to go back to the source, but always learn from other media and reinterpretations. Experiment and be willing to break new ground! 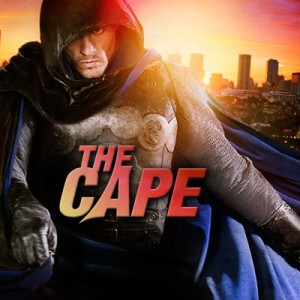 After that entire ramble let me finally share a handout I developed for my campaign. After a couple of sessions I noticed that players had some issues calculating successes and dealing with damage, so I prepared this handout you can download in PDF.  It has the Damage Resistance Matrix from the DC adventures book which I think is great help during combat, and summarizes the conditions underneath. The left hand side has a place to keep track of Toughness save penalties and conditions suffered as a result of damage.

Also, taking the idea from a Savage Worlds combat cheat sheet I once used, I created a matrix (i.e. glorified numbers table) to help players calculate successes. It also includes details on recovery and criticals, details some of the players have easily forgotten. The sheet is meant to be printed out and laminated. That way players can use a dry erase marker (wet erase can be used but some colors are hard to get out) and keep track of penalties and conditions, erase and reuse.

I’d love to know what you think of the handout. My players love it, but we don’t have that much experience with the system. Let me know what you think, any changes you think could improve it. Or just leave a comment about what inspires you in your games. As always, these are just my opinions, your mileage may vary. Thanks for readying…