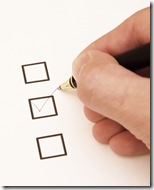 The 1000th post at Stargazer’s World is approaching fast. A couple of months back I had the idea to release something special when this blog hits a thousand posts. The idea is to compile 20 or 30 of the best articles and release them as a PDF, much like a Stargazer’s World-only Open Game Table.

But in order to do this I need the help of my readers. Please select your favorite Stargazer’s World blog posts and fill out this little survey. Your responses will be collected over the coming weeks and analyzed as soon as the 1000th blog post has been published.